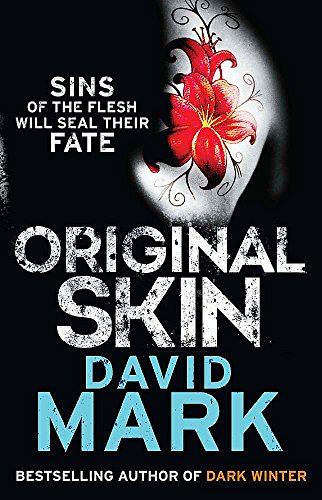 Used Price
$15.49
inc. GST
Free Shipping in Australia
Sins of the flesh will seal their fate - the follow up to the bestselling Dark Winter.
Reviews:
Trustpilot
Very Good Good

SINS OF THE FLESH WILL SEAL THEIR FATE - THE FOLLOW UP TO THE SUNDAY TIMES BESTSELLING DARK WINTER, AND BOOK TWO IN THE HULL-BASED DS AECTOR MCAVOY SERIES.

Simon Appleyard and Suzie Devlin are two pleasure seekers defined by their flamboyant tattoos. Their lust for life is matched only by their hunger for taboo pleasures - a lifestyle that has just made them the deadliest enemy imaginable.

DS Aector McAvoy has been a marked man all his life. A policeman with scars to his body and career, his fate will become linked with that of Simon and Suzie as painfully and intricately as tattooed markings on virgin skin.

'Richly satisfying and told with remarkable flair, it confirms Mark as one of the darkest of the new faces in British crime writing, and not one to miss' Daily Mail. * Daily Mail *

David Mark spent more than 15 years as a journalist, including seven years as a crime reporter with The Yorkshire Post - walking the Hull streets that would later become the setting for the Detective Sergeant Aector McAvoy novels.

His writing is heavily influenced by the court cases he covered: the defeatist and jaded police officers; the competent and incompetent investigators; the inertia of the justice system and the sheer raw grief of those touched by savagery and tragedy.

He has written five novels in the McAvoy series: Dark Winter, Original Skin, Sorrow Bound, Taking Pity and Dead Pretty. David has also written a McAvoy novella, A Bad Death, which is available as an ebook. He lives in Lincolnshire with his partner, two children and an assortment of animals.

GOR005489458
Original Skin: The 2nd DS McAvoy Novel by David Mark
David Mark
DS McAvoy
Used - Very Good
Paperback
Quercus Publishing
2014-01-30
464
0857389785
9780857389787
N/A
Book picture is for illustrative purposes only, actual binding, cover or edition may vary.
This is a used book - there is no escaping the fact it has been read by someone else and it will show signs of wear and previous use. Overall we expect it to be in very good condition, but if you are not entirely satisfied please get in touch with us.