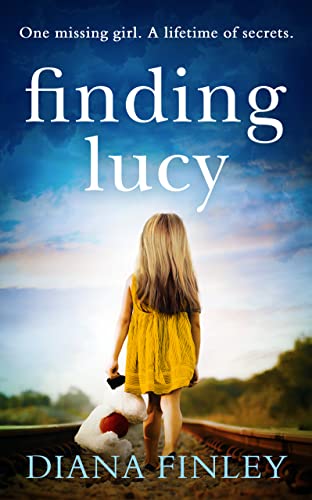 Used Price
$15.49
inc. GST
Free Shipping in Australia
Every family has its secrets. None more than this one.
Reviews:
Trustpilot
Very Good Good

Every family has its secrets. None more than this one.

Alison's life has been a lonely one, but now it's time to change that. With no children in her future there is only one answer - she'll take one.

She'll rescue a girl who needs a better home. A better mother. A better life.

It will be the start of a perfect family, and no one will question who Lucy really is. Especially not Lucy herself...

*'Finding Lucy is a rare find, as it does not rely on gimmicks or unrealistic plot twists to keep you emotionally engaged, but rather sophisticated story telling... It invites the reader to think about themes of identity, loniness, forgiveness and society, whilst retaining a well-paced enjoyable read - I couldn't put it down!' Amazon reviewer

* `This novel had everything. The storytelling was seamless, vivid and cleverly delivered.' Amazon reviewer

* `The twists and turns in the plot really gripped me. A well written and insightful story of deception mixed with misguided motherly love.' Amazon reviewer

DIANA FINLEY was born and grew up in Germany, where her father was a British Army officer. After a move to London, at eighteen, Diana spent a year living with nomadic people in the remote Pamir mountains of Afghanistan - an experience about which she wrote several stories and accounts. These helped secure her first job, as copywriter and then as writer and editor of children's information books for Macdonald Educational Publishers.

A move to North East England meant changing direction. Diana took a degree in Speech and Psychology, and worked for many years as a Specialist in Autism, publishing a professional book. In 2011 she completed an MA in Creative Writing with distinction at Newcastle University.

Diana enjoys exploring complex and often contradictory characters and emotions in her writing. Finding Lucy, her second novel, is a dark, intriguing, psychological story about every parent's worst nightmare - a stolen child.

GOR009748753
Finding Lucy by Diana Finley
Diana Finley
Used - Very Good
Paperback
HarperCollins Publishers
2018-11-15
368
0008310157
9780008310158
N/A
Book picture is for illustrative purposes only, actual binding, cover or edition may vary.
The book has been read but remains in clean condition. All pages are intact and the cover is intact. Some minor wear to the spine.