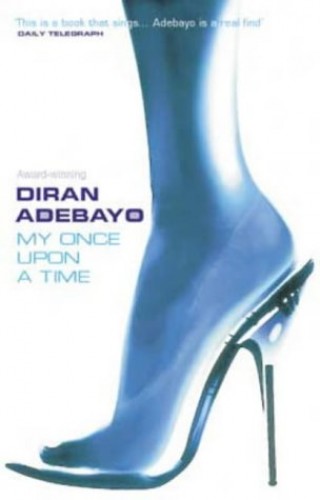 My Once Upon A Time
by Diran Adebayo

In Stock
$16.49
inc. GST
* The paperback of the stunning second book, from the award-winning author of SOME KIND OF BLACK, a sprawling, rich odyssey brimming with invention and intelligence
Like New Very Good Good Well Read
Only 1 left

My Once Upon A Time Summary

My Once Upon A Time by Diran Adebayo

Seven days to find a bride in the city for a mysterious millionaire from the country. It sounds like a lucrative, straightforward case for Private Investigator Boy, an above-average sinner if a less than successful Private Eye. But as Boy searches through the different sides of a dark city on behalf of his client, he discovers that his quest is as much about himself, and exorcising the demons in his past, as it is about finding the 'woman in a thousand'. When the legendary Race Man intervenes, Boy's investigations propel all parties to a stunning climax.

Rich, poignant, and brimming with invention, Diran Adebayo's MY ONCE UPON A TIME is a remarkably perceptive insight into our times.

My Once Upon A Time Reviews

...sings with reality. Adebayo has written an important novel. His fable tells some very real, untold stories * SUNDAY EXPRESS *
...keeps surprising, never easily giving up its answers or letting the reader settle... In the end you're in another country amd with the Gods * TIME OUT *
Diran Adebayo confirms his promise as a writer of vibrant originality...This is a book that sings: its prose a giddy mixture of English and patois, Runyonesque flights of descriptive fancy and the musical cadences of street-sland, is by turns rhapsodic, exhilarating & poignant. Adebayo is a real find and MY ONCE UPON A TIME a magical fairy-tale for our times * TELEGRAPH *
not so much a novel subverting a tired genre as one that turns it on its head...his greatest asset, beyond his clinical obervational skills, is a prose style built around the rhythms of black speech and music. MY ONCE UPON A TIME refines the style further, * THE TIMES *

Adebayo was born, bred & still lives in London. His acclaimed 1st novel, SOME KIND OF BLACK won several awards inc. The 1995 Saga Prize The Writers' Guilds New Writers of the Year Award. He has since written drama for radio & TV and is currently working on his third novel.

GOR010360032
My Once Upon A Time by Diran Adebayo
Diran Adebayo
Used - Like New
Paperback
Little, Brown Book Group
2001-06-07
352
0349114420
9780349114422
N/A
Book picture is for illustrative purposes only, actual binding, cover or edition may vary.
This is a used book - there is no escaping the fact it has been read by someone else and it will show signs of wear and previous use. Overall we expect it to be in very good condition, but if you are not entirely satisfied please get in touch with us.