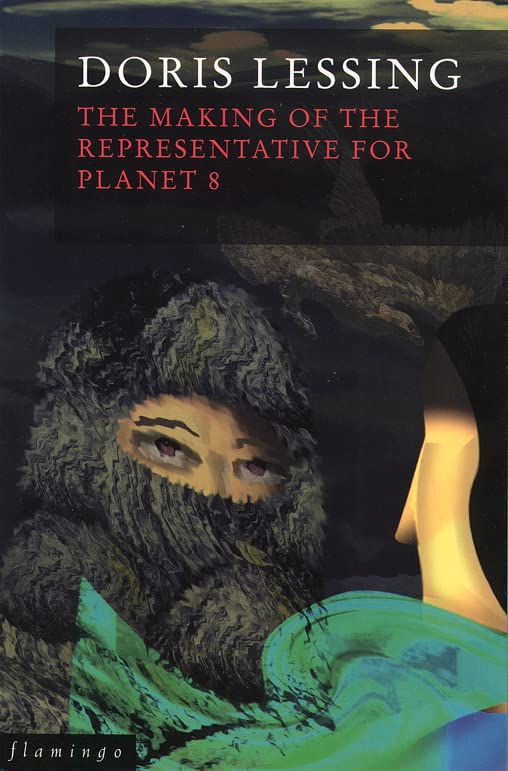 The Making of the Representative for Planet 8
by Doris Lessing

From the winner of the Nobel Prize for Literature, this is the fourth instalment in the visionary novel cycle `Canopus in Argos: Archives'.

The Making of the Representative for Planet 8 Summary

The Making of the Representative for Planet 8 by Doris Lessing

From the winner of the Nobel Prize for Literature, this is the fourth instalment in the visionary novel cycle `Canopus in Argos: Archives'.

The handsome, intelligent people of Planet 8 of the Canopean Empire know only an idyllic existence on their bountiful planet, its weather consistently nurturing, never harsh. They live long, purposeful, untroubled lives.

Then one day The Ice begins, and ice and snow cover the planet's surface. Crops and animals die off, and the people must learn to live with this new desolation. Their only hope is that, as they have been promised, they will be taken from Planet 8 to a new world. But when the Canopean ambassador, Johor, finally arrives, he has devastating news: they will die along with their planet. Slowly they come to understand that their salvation may lie in the creation of one Representative who can save what is most essential to them.

Lessing has written a frightening and, finally, hopeful book, a profound and thought-provoking contribution to the science-fiction genre the novel generally.

Customer Reviews - The Making of the Representative for Planet 8

Doris Lessing was one of the most important writers of the second half of the 20th-century and was awarded the Nobel Prize for Literature 2007. Her novels include The Grass is Singing, The Golden Notebook and The Good Terrorist. In 2001, Lessing was awarded the David Cohen Prize for a lifetime's achievement in British literature. In 2008, The Times ranked her fifth on a list of "The 50 greatest British writers since 1945". She died in 2013.

GOR002253695
The Making of the Representative for Planet 8 by Doris Lessing
Doris Lessing
Used - Very Good
Paperback
HarperCollins Publishers
1994-03-28
192
0006547184
9780006547181
N/A
Book picture is for illustrative purposes only, actual binding, cover or edition may vary.
This is a used book - there is no escaping the fact it has been read by someone else and it will show signs of wear and previous use. Overall we expect it to be in very good condition, but if you are not entirely satisfied please get in touch with us.