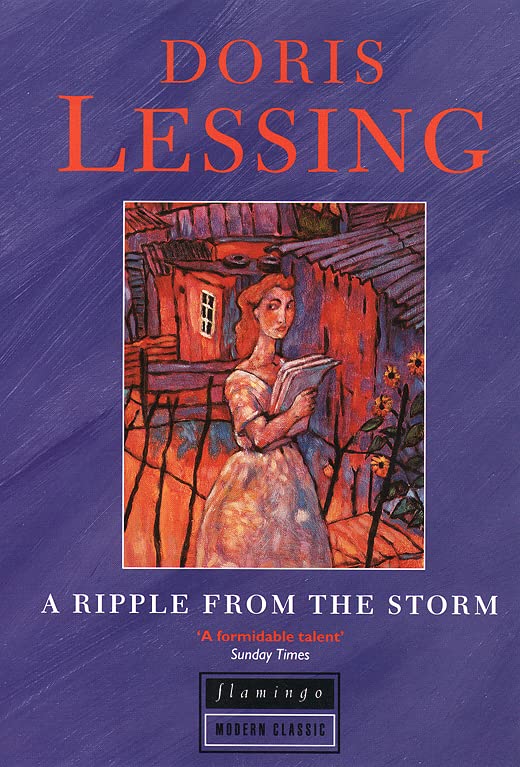 A Ripple from the Storm
by Doris Lessing

The third book in the Nobel Prize for Literature winner's `Children of Violence' series tracing the life of Martha Quest from her childhood in colonial Africa to old age in post-nuclear Britain.

A Ripple from the Storm Summary

A Ripple from the Storm by Doris Lessing

The third book in the Nobel Prize for Literature winner's `Children of Violence' series tracing the life of Martha Quest from her childhood in colonial Africa to old age in post-nuclear Britain.

`"The personal life of a comrade would be arranged so that it interferes as little as possible with work," he said. Martha had not imagined that the "personal talk" with Anton would arise like an item on an agenda; she now felt frivolous because she had been looking forward to something different ...'

The 'Children of Violence' series established Doris Lessing as a major radical writer. In this third volume, Martha, now free of her stultifying marriage to Douglas, is able to pursue the independent life she has wanted for so long. Her deepening involvement with South African revolutionary politics draws her into a world of fierce commitments and passionate idealism. A time of great change, Martha's young womanhood brings not only immense happiness when she embarks on an affair with a fellow party member, but also great sorrow - for the pain of abandoning Caroline, her baby daughter, left at home with Douglas, never diminishes ...

A Ripple from the Storm Reviews

`I read the "Children of Violence" novels and began to understand how a person could write about the problems of the world in a compelling and beautiful way. And it seemed to me that was the most important thing I could ever do.' Barbara Kingsolver

`The "Children of Violence" series gives an astounding compression of a total, coherent vision, as if Doris Lessing knew all along where it would end.' The Times

GOR001401216
A Ripple from the Storm by Doris Lessing
Doris Lessing
Used - Very Good
Paperback
HarperCollins Publishers
1990-05-23
336
0586090002
9780586090008
N/A
Book picture is for illustrative purposes only, actual binding, cover or edition may vary.
This is a used book - there is no escaping the fact it has been read by someone else and it will show signs of wear and previous use. Overall we expect it to be in very good condition, but if you are not entirely satisfied please get in touch with us.