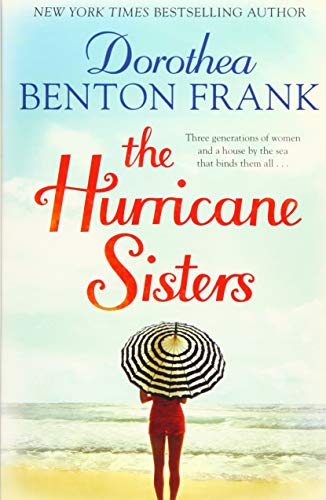 Used Price
$13.69
inc. GST
Free Shipping in Australia
For fans of Nora Roberts, meet three generations of strong women and a house by the sea that binds them all...
Reviews:
Trustpilot
Very Good

Hurricane season begins early and rumbles all summer long - for three generations of one family, drama is headed in their direction too.

At eighty, determined matriarch Maisie Pringle is a force to be reckoned with. She will have the final word on everything, especially when she's dead wrong. Her daughter, Liz, is caught up in the classic maelstrom of being middle-age and in an emotionally demanding career that will eventually open all their eyes to a terrible truth. And Liz's beautiful twenty-something daughter, Ashley, dreams of a future that keeps them all at odds.

This storm season, Maisie, Liz, and Ashley will deal with challenges that demand they face the truth about themselves. Can they establish a new order for the future of the family?

This is the often hilarious, sometimes sobering but always entertaining story of how these unforgettable women became The Hurricane Sisters.

Dorothea Benton Frank's first novel, SULLIVAN'S ISLAND, debuted on the NY Times list at number nine and now has well over one million copies in print. Subsequent novels have also reached the NY Times bestseller list. She is the recipient of an Honorary Doctorate of Humane Letters from The College of Charleston and a Doctorate of Fine Arts from Bloomfield College. Dorothea is an avid cook, enjoys fly fishing, reading and travel. She divides her time between the Lowcountry of South Carolina and New Jersey.

GOR006478115
The Hurricane Sisters by Dorothea Benton Frank
Dorothea Benton Frank
Used - Very Good
Paperback
Simon & Schuster Ltd
2015-02-01
416
1471140156
9781471140150
N/A
Book picture is for illustrative purposes only, actual binding, cover or edition may vary.
This is a used book - there is no escaping the fact it has been read by someone else and it will show signs of wear and previous use. Overall we expect it to be in very good condition, but if you are not entirely satisfied please get in touch with us.