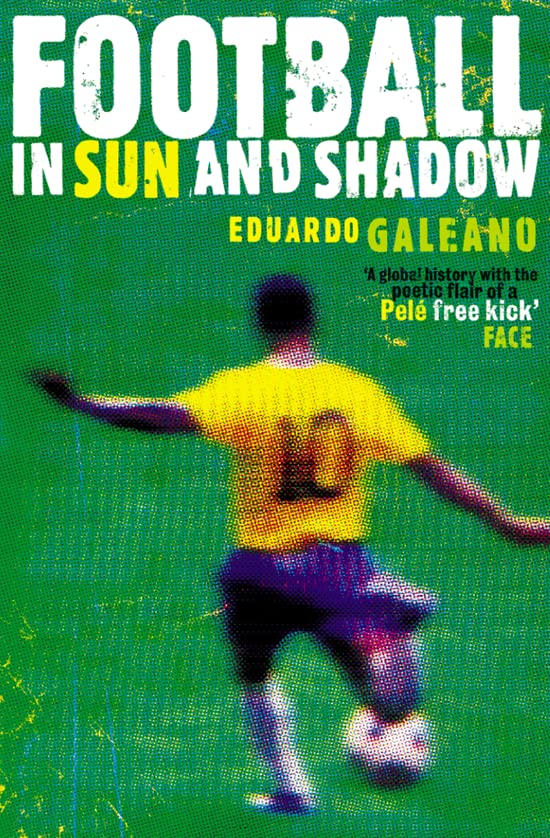 Football in Sun and Shadow
by Eduardo Galeano

Eduardo Galeano's acclaimed classic of `the beautiful game' has been fully updated to include the 1998 and 2002 World Cup.

Football in Sun and Shadow Summary

Football in Sun and Shadow: An Emotional History of World Cup Football by Eduardo Galeano

Eduardo Galeano's acclaimed classic of `the beautiful game' has been fully updated to include the 1998 and 2002 World Cup.

To the pure football fan even winning and losing is of secondary importance to those moments when a glimpse is afforded of footballing perfection, made more perfect still by the long and unpredictable hours spent waiting for it, and often the parade of tragicomic errors that has preceeded it. Such instincts, of exultation and despair, are brilliantly recounted in `Football in Sun and Shadow', a parade of all shades of international football.

Beckenbaur, Yashin and Zico are here with their balletic dazzle. Here too are the tragic Escobar, guilty of an own goal for Colombia and gunned down in the streets of Medellin as a consequence; the English Captain Neille who led a World War I charge on a trench by kicking a football across no man's land; and the Dynamo Kiev team who, although warned not to win a game against the Nazis could not resist the temptation on the football pitch to overrun their oppressors: all eleven were shot in their Kiev shirts after the `game'.

It is also a story of muses and spells: of the Argentinian manager who wouldn't feed his team chicken because it would bring bad luck, of the Russian goalkeeper who prepared his mind and his nerves with a cigarette and a dash of spirits before each game. This is the glory of football in all its vivid international hues, with its multilingual cries of despair, victory and sheer passion.

This is Viva Pitch!

Football in Sun and Shadow Reviews

`A global history with the poetic flair of a Pele free kick.' The Face

`Galeano can run rings round our own glamorous football intelligentsia.' When Saturday Comes

Eduardo Galeano is a journalist and author of seven books. He lives and breathes football in South America.

GOR001869910
Football in Sun and Shadow: An Emotional History of World Cup Football by Eduardo Galeano
Eduardo Galeano
Used - Very Good
Paperback
HarperCollins Publishers
2003-05-05
256
000716291X
9780007162918
N/A
Book picture is for illustrative purposes only, actual binding, cover or edition may vary.
This is a used book - there is no escaping the fact it has been read by someone else and it will show signs of wear and previous use. Overall we expect it to be in very good condition, but if you are not entirely satisfied please get in touch with us.