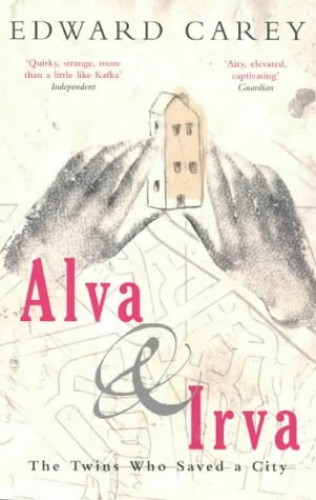 Out of Stock
$68.99
inc. GST
An enchanting journey through a city of the imagination, Alva and Irva is about longing and belonging, about the worlds we inhabit and the worlds we contain, and about how distance, in the end, is purely a matter of perspective.
Very Good
Only 0 left

The city of Entralla - along with Gondal, Brobdingnag and the Emerald City - is not somewhere you are likely to have visited. Only one guidebook to the place exists, despite its historic landmarks and the considerable civic pride of its inhabitants.

Alva and Irva are identical twin sisters, and Entralla is their home. By nature, Alva is an explorer, and longs to travel the world. Irva is a recluse, for whom every step outside the house is an ordeal. But the twins belong together and cannot survive without each other. It is when Irva refuses to leave the house at all that the major work of their lives begins: Alva wanders the city streets, observing, taking notes, measuring, and reporting her findings to Irva, who painstakingly recreates a miniature Entralla.

In Alva and Irva, Edward Carey takes the reader on an enchanting journey through a city of the imagination; the twins are mesmerizing heroines whose conflicting desires contain the seeds of both their destruction and their salvation.

"This wonderfully imaginative novel nurtures [the sisters'] disparate personalities while keeping us entranced." -- "Elle Canada
"
"Carey, whose prose is usually Buster Keaton deadpan, is capable of some fine, moving writing... That Carey is able to make from this a novel which is at the same time funny and melancholy, a near seamless meeting of the absurd and the pathetic, is some kind of triumph." -- Martin Levin in "The Globe and Mail
"
"Alva and Irva, the sisters and the book that takes their names, embed themselves in the imagination with a force that will surprise no one who has read British novelist Edward Carey's first book, Observatory Mansions...[T]he great strength of Alva and Irva is the portrayal of the sisters themselves, the best manifestations yet of Edward Carey's compassion for people on the fringe...[T]hey stand before us with all their imperfections on frank display, daring us to call them freaks but challenging us to look deeper and find what links us to them." -- "Montreal Gazette
"
.,."a book that starts out playfully weird becomes a beautifully affecting -- and eminently topical -- exploration of urban destruction, the persistence of hope, and the human need to memorialize. In the process it turns into a much broader and deeper book: a triumph of pure vigorous imagination -- a sad tale of obsession -- and a grimly plausible portrait of a city overwhelmed by catastrophe." -- Patrick McGrath in "Bomb" magazine (US)
Praise for "Observatory Mansions":
"Carey's precise, deadpan prose is a delight." -- "Publishers Weekly" (starred review)

Edward Carey was born in 1970. Both his novels, Observatory Mansions and Alva and Irva, are published by Picador. He lives in London and France.

GOR004518675
Alva & Irva by Edward Carey
Edward Carey
Used - Very Good
Paperback
Pan Macmillan
2004-03-05
224
0330396056
9780330396059
N/A
Book picture is for illustrative purposes only, actual binding, cover or edition may vary.
This is a used book - there is no escaping the fact it has been read by someone else and it will show signs of wear and previous use. Overall we expect it to be in very good condition, but if you are not entirely satisfied please get in touch with us.