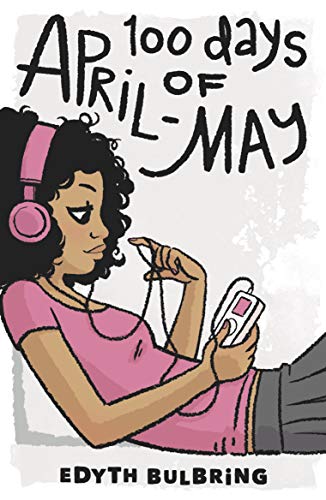 100 Days of April-May
by Edyth Bulbring

Used Price
$14.49
inc. GST
Free Shipping in Australia
Awkward.Juggling the evil teacher Mrs Ho as her new live-in mom, along with a new brother (the devious Sam Ho), and a house with half a roof, April-May's life is as much of a mess as the crummy extension Fluffy is building out back.
Reviews:
Trustpilot
Very Good

100 Days of April-May by Edyth Bulbring

April-May is back, and this time she's brought friends! April-May is back for another year at Trinity College, and she still hasn't changed her socks. Sebastian, aka Edward, aka the boy with the lime-green eyes, is still drop-dead gorgeous and totally bad news. But then Fatty turns up. A giant of a boy who eats stew sandwiches and cries when no one's looking. And he's best friends with Sebastian. Awkward. Juggling the evil teacher Mrs Ho as her new live-in mom, along with a new brother (the devious Sam Ho), and a house with half a roof, April-May's life is as much of a mess as the crummy extension Fluffy is building out back. Before she knows it April-May is in an all-night dance-off and she's adopted a dog called Alistair. The less said about him the better. No wonder April-May's in counselling. It's a shame that she's the one giving all the guidance. 100 DAYS OF APRIL-MAY is the hilarious one-eyebrow-raised sequel to A MONTH WITH APRIL-MAY as she finds love, loses a dog and wins the World Cup.

I devoured the book in one sitting, but it passed the acid test when my teenage daughter was seduced by Bulbring's wit and humour, and was compelled by the sheer excellence of the writing to keep reading. (review for A MONTH WITH APRIL-MAY) -- The Times - South Africa * Aubrey Paton *
Devoured in an evening and highly recommended. -- Leigh Andrews * Media Update *
MOVE over Jacqueline Wilson - Edyth Bulbring is the new queen of fiction. (review for TOFFEE AND GRUMMER) -- Amanda Lorentz * The Weekender *

Edyth Bulbring was born in Boksburg, South Africa and grew up in Port Elizabeth. She attended the University of Cape Town where she completed a BA whilst editing the university newspaper Varsity. Having worked as a journalist for fifteen years, including time spent as the political correspondent at the Sunday Times of South Africa covering the first ever democratic elections, Edyth moved into writing full time. Edyth has published six books in South Africa and is looking forward to seeing her books on UK shelves.

GOR005400486
100 Days of April-May by Edyth Bulbring
Edyth Bulbring
An April-May Book
Used - Very Good
Paperback
Hot Key Books
2013-09-01
224
1471400514
9781471400513
N/A
Book picture is for illustrative purposes only, actual binding, cover or edition may vary.
This is a used book - there is no escaping the fact it has been read by someone else and it will show signs of wear and previous use. Overall we expect it to be in very good condition, but if you are not entirely satisfied please get in touch with us.