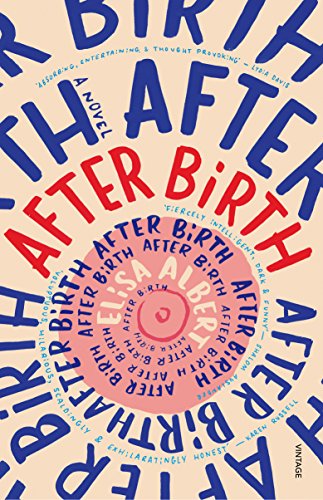 After Birth
by Elisa Albert

In Stock
$32.99
inc. GST
Sometimes I'm with the baby and I think: you're my heart and my soul, and I would die for you. Other times I think: tiny moron, leave me the fuck alone A year has passed since Ari gave birth and still she can't locate herself in her altered universe. When Mina - older, alone, pregnant - moves to town, Ari sees hope of a comrade-in-arms.
Very Good
5 in stock

After Birth by Elisa Albert

Sometimes I'm with the baby and I think: you're my heart and my soul, and I would die for you. Other times I think: tiny moron, leave me the fuck alone A year has passed since Ari gave birth and still she can't locate herself in her altered universe. Sleep-deprived, lonely and unprepared, she struggles through the strange, disjointed rhythms of her days and nights. Her own mother long dead and her girlhood friendships faded, she is a woman in need. When Mina - older, alone, pregnant - moves to town, Ari sees hope of a comrade-in-arms. Perhaps the hostile terrain could be more easily navigable together. With purifying anger and outrageous humour, Elisa Albert unleashes on a culture that turns its new mothers into exiles, and expects them to act like natives. And as she defines the raw experience of motherhood, Albert offers a hilarious and devastatingly honest examination of how we become the women we are.

"Elisa Albert's brilliant new novel...It's obscene, reckless, vicious, hilarious and above all real...it ought to be as essential as `The Red Badge of Courage.'...Albert has inherited the house Grace Paley built, with its narrow doorways just wide enough for wit and tragedy and blistering, exasperated love." * New York Times Book Review *
"Albert has given us a portrait of modern motherhood that will provide insight for some and provoke others. For others still, in its quieter moments, as it reaches for an honest way to talk about birth, it will be like that big old bell ringing in them, a reading process of recognition and reunion" -- Rozalind Dineen * Guardian *
"A voluptuous, hilarious, scaldingly and exhilaratingly honest account of new motherhood, emotional exile, and the complex romance of female friendship. I'm a huge Elisa Albert fan, and in her latest she has perfected a tonal pivot that whips the reader from laughter to revelation in a sentence." * Karen Russell *
"After Birth is a fast-talking, opinionated, moody, funny and slightly desperate account of the attempt to recover from having a baby. it is a romp through dangerous waters, in which passages of hilarity are shadowed by the dark nights of earliest motherhood, those months so tremulous with both new love and the despairing loss of one's identity - to read it is an absorbing, entertaining, and thought-provoking experience.." * Lydia Davis *
"A novel piercingly honest and funny, written from the heart, that takes us through a journey of physical trauma and psychological truth." * Xiaolu Guo *

Elisa Albert is the author of The Book of Dahlia and How This Night is Different - but this novel is her UK debut. She grew up in Los Angeles and now lives in upstate New York with her family.

GOR007389996
After Birth by Elisa Albert
Elisa Albert
Used - Very Good
Paperback
Vintage Publishing
2016-04-07
208
009959014X
9780099590149
N/A
Book picture is for illustrative purposes only, actual binding, cover or edition may vary.
This is a used book - there is no escaping the fact it has been read by someone else and it will show signs of wear and previous use. Overall we expect it to be in very good condition, but if you are not entirely satisfied please get in touch with us.