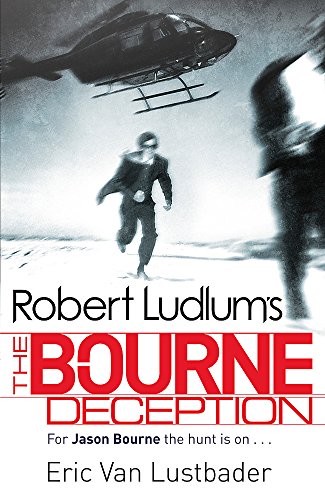 Jason Bourne's nemesis Arkadin is still hot on his trail and the two continue their struggle, reversing roles of hunter and hunted. When Bourne is ambushed and badly wounded, he fakes his death and goes into hiding. In safety, he takes on a new identity, and begins a mission to find out who tried to assassinate him.

Meanwhile, an American passenger airliner is shot down. Bourne's search for the man who shot him intersects with the search for the people that brought down the airliner, leading him into one of the most deadly and challenging situations he has ever encountered.

With the threat of a new world war brewing, Bourne finds himself in a race against time to uncover the truth and find the person behind his assault, all the while being stalked by his unknown nemesis...

A book that will no doubt keep you on the edge of your seat! * SOUTH WALES ARGUS *
moves at quantum speed with thrills and spills galore as Bourne seeks to win a cat and mouse game with his nemesis Arkadin * EVENING TELEGRAPH *

Eric Van Lustbader is the author of numerous novels in a variety of styles, but is most widely known as the author of twenty international bestselling thrillers including The Ninja and Black Heart. Born in New York City, he currently lives in New York State. Robert Ludlum is one of the world's bestselling authors and there are more than 300 million copies of his books in print. He is published in 32 languages and 50 countries. As well as blending sophisticated plotting and extreme pace, Robert Ludlum's novels are meticulously researched. In addition to the popular titles in the Covert-One series, Robert Ludlum's best-known books include THE SCARLATTI INHERITANCE, THE CHANCELLOR MANUSCRIPT and the Jason Bourne series.

GOR001599398
Robert Ludlum's The Bourne Deception by Eric Van Lustbader
Eric Van Lustbader
JASON BOURNE
Used - Very Good
Paperback
Orion Publishing Co
2010-02-04
560
1409103269
9781409103264
N/A
Book picture is for illustrative purposes only, actual binding, cover or edition may vary.
This is a used book - there is no escaping the fact it has been read by someone else and it will show signs of wear and previous use. Overall we expect it to be in very good condition, but if you are not entirely satisfied please get in touch with us.