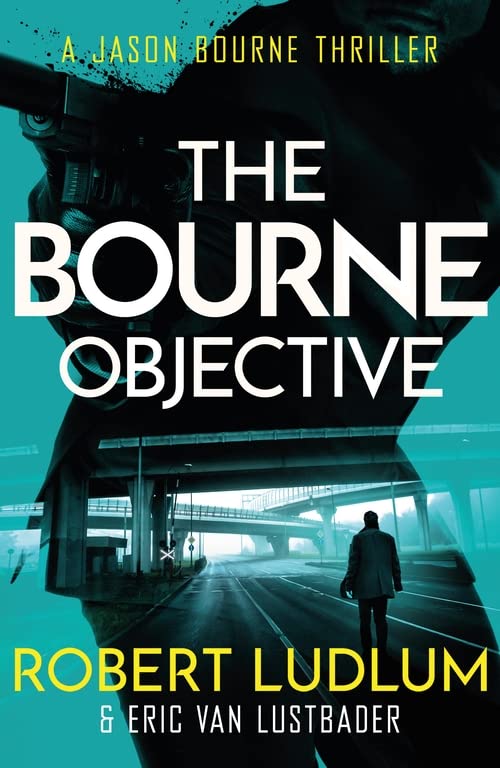 Readers were first introduced to Jason Bourne's nemesis Leonid Arkadin, a brilliant Russian assassin and fearless international mercenary, in THE BOURNE SANCTION. His girlfriend was killed during a fight for which an enraged Arkadin blames Bourne. In THE BOURNE DECEPTION, Arkadin hunted Bourne to take revenge and kill him. Bourne, in a fight for his life, learned that Arkadin's skills mirror Jason's because he received the same original CIA Treadstone training.

Now, in THE BOURNE OBJECTIVE, Jason turns the tables and targets Arkadin. Hunter will become hunted.

But revenge can cause great psychological devastation. Has this become too personal for Bourne? Will this hunt be Bourne's downfall?

High energy action is the name of the game here, bursting with the kind of narrative propulsion that made Ludlum's thrillers such fun thorughout his long career. * GOOD BOOK GUIDE *
Bourne fans will enjoy it immensely. Exciting reading throughout. * TELEGRAPH & ARGUS *

Eric Van Lustbader is the author of numerous novels in a variety of styles, but is most widely known as the author of twenty international bestselling thrillers including The Ninja and Black Heart. Born in New York City, he currently lives in New York State. Robert Ludlum is one of the world's bestselling authors and there are more than 300 million copies of his books in print. He is published in 32 languages and 50 countries. As well as blending sophisticated plotting and extreme pace, Robert Ludlum's novels are meticulously researched. In addition to the popular titles in the Covert-One series, Robert Ludlum's best-known books include THE SCARLATTI INHERITANCE, THE CHANCELLOR MANUSCRIPT and the Jason Bourne series.

GOR002460629
Robert Ludlum's The Bourne Objective by Eric Van Lustbader
Eric Van Lustbader
JASON BOURNE
Used - Very Good
Paperback
Orion Publishing Co
2011-02-03
560
1409117839
9781409117834
N/A
Book picture is for illustrative purposes only, actual binding, cover or edition may vary.
This is a used book - there is no escaping the fact it has been read by someone else and it will show signs of wear and previous use. Overall we expect it to be in very good condition, but if you are not entirely satisfied please get in touch with us.