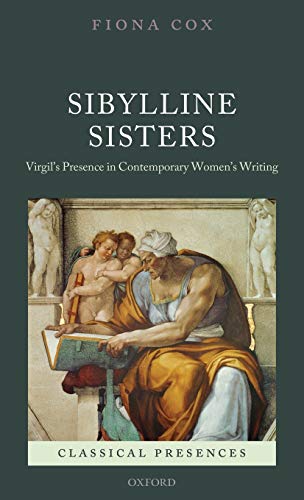 Used Price
$170.99
inc. GST
Free Shipping in Australia
Women writers are turning to Virgil and alluding to his poetry in a bid to explore modern preoccupations and concerns. Through an analysis of Virgil's presence in the work of contemporary women writers, this book identifies a new Virgil: one who speaks in female tones of the anxieties, pleasures, and threats of the contemporary world.
Very Good

Sibylline Sisters: Virgil's Presence in Contemporary Women's Writing by Fiona Cox (Lecturer in French at the University of Exeter)

The history of Virgil and his receptions is long and varied. His twentieth-century career transformed his appearance as an anaemic imitator of Homer into the 'Father of the West', speaking above all for the marginalized and exiled. At the turn of the millennium it is women writers who, having been largely absent from the story of Virgil's reception, are for the first time shaping a new aetas Vergiliana by drawing on his poems to speak of their own preoccupations and concerns. Through an analysis of Virgil's presence in the work of contemporary women writers from North America (Joyce Carol Oates, Janet Lembke, Ursula Le Guin), Britain (Margaret Drabble, A. S. Byatt, Ruth Fainlight, Michele Roberts, Carol Ann Duffy, U. A. Fanthorpe, Josephine Balmer), Ireland (Eavan Boland), and continental Europe (Christa Wolf, Helene Cixous, Charlotte Delbo and Monique Wittig), this book identifies a new Virgil: one who speaks in female tones of the anxieties, exclusions, pleasures, and threats of the contemporary world. While each of the female writers included in this volume draws upon her own distinct cultural heritage, Cox focuses on a number of shared themes and values which emerge through their work. Through the works of these modern versions of the Sibyl, Virgil speaks both of explicitly female concerns and wider cultural issues and threats that shadow modern life.

A bibliography (especially rich) and index round out a success for Cox and Oxford University Press, a book that should be on the shelf of every Virgilian, indeed every lover of evocative verse and its reception by gifted artists. * Lee Fratantuono, Bryn Mawr Classical Review *
Coxs impressive work, with its catchy but accurate title, opens an exciting new perspective upon Virgil and Latin literature generally. * Theodore Ziolkowski, Translation and Literature *
an accessible and enjoyable read ... an indispensible reference point for classical allusions in contemporary women's fiction. * Holly Ranger, Rosetta *

About Fiona Cox (Lecturer in French at the University of Exeter)

Fiona Cox is currently Lecturer in French at the University of Exeter, where her research interests include classical reception, modern French literature, and contemporary women's writing.