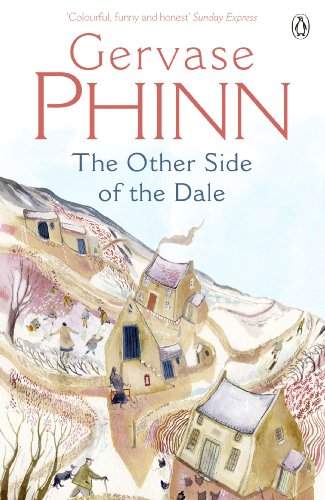 The Other Side of the Dale
by Gervase Phinn

In Stock
$12.99
inc. GST
As the newly appointed County Inspector of Schools in North Yorkshire, the author reveals in this warm and humorous account, the experiences of his first year in the job - and what an education it was! He quickly learns that he must slow his pace and appreciate the beautiful countryside.
Very Good Good
27 in stock

The Other Side of the Dale Summary

The Other Side of the Dale by Gervase Phinn

Gervase Phinn reveals his early experiences as a school inspector in The Other Side of the Dale.

As the newly appointed County Inspector of Schools in North Yorkshire, Gervase Phinn reveals in this warm and wonderfully humorous account, the experiences of his first year in the job - and what an education it was!

He quickly learns that he must slow his pace and appreciate the beautiful countryside - 'Are tha'comin' in then, mester, or are tha' stoppin' out theer all day admirin' t'view?' He encounters some larger-than-life characters, from farmers and lords of the manor to teaching nuns and eccentric caretakers. And, best of all, he discovers the delightful and enchanting qualities of the Dales children, including the small boy, who, when told he's not very talkative, answers: 'If I've got owt to say I says it, and if I've got owt to ask I asks it.'

With his keen ear for the absurd and sharp eye for the ludicrous, Gervase Phinn's stories in The Other Side of the Dale will not fail to make you weep with laughter.

The Other Side of the Dale Reviews

"Gervase Phinn's memoirs have made him a hero in school staff-rooms." --Daily Telegraph

For fourteen years he taught in a range of schools, then acted as General Advisor for Language Development in Rotherham before moving on to North Yorkshire, where he spent ten years as a school inspector - time that has provided so much source material for his books. He is a Fellow of the Royal Society of Arts and an Honorary Fello of St John's College, York.

GOR000528007
The Other Side of the Dale by Gervase Phinn
Gervase Phinn
Used - Very Good
Paperback
Penguin Books Ltd
1999-04-01
288
0140275428
9780140275421
N/A
Book picture is for illustrative purposes only, actual binding, cover or edition may vary.
This is a used book - there is no escaping the fact it has been read by someone else and it will show signs of wear and previous use. Overall we expect it to be in very good condition, but if you are not entirely satisfied please get in touch with us.