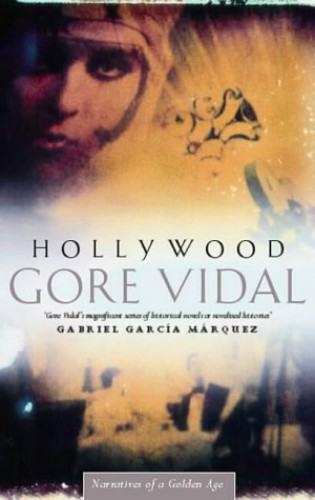 In Stock
$11.49
+10% GST
* The fifth novel in the chronology of Vidal's epic NARRATIVES OF EMPIRE, embodying the passage of American history.
Very Good
8 in stock

Continuing what has been dubbed his 'revenge on two hundred years of American history', Gore Vidal locates this novel in Washington. But this is 1917, and Hollywood is now competing with America's capital as the nation's power-base, just as it fights for centre-stage in this book. Caroline Sanford, erstwhile newspaper magnate, launches herself into the West Coast land of celluloid dreams and becomes, overnight, an international star. Not for nothing, on the dawn of World War One, is Caroline making films like the Huns from Hell. She is a government agent. But in Washington, that government isn't doing awfully well. Weighed down by his League of Nation's failure, by Roosevelt, Clemenceau, a stroke and the ship-like tonnage of his wife Edith, President Woodrow Wilson is on the wane - and Warren Harding is on the up. A popular, handsome, toothpick-chomping philanderer and dimwit whose wife is given to consulting spiritualists, he is about to usher in a new era. One of unprecedented scandal, cinematic extravagance and tawdry disintegration. The sort of era where the President could easily be mistaken for a film star ...

Gore Vidal was at the centre of literary and intellectual life for half a century and wrote 'The Narratives of a Golden Age' series as well as countless bestsellers. He died on 31st July 2012.

GOR001675028
Hollywood: Number 5 in series by Gore Vidal
Gore Vidal
Narratives of empire
Used - Very Good
Paperback
Little, Brown Book Group
1994-04-02
512
034910526X
9780349105260
N/A
Book picture is for illustrative purposes only, actual binding, cover or edition may vary.
This is a used book - there is no escaping the fact it has been read by someone else and it will show signs of wear and previous use. Overall we expect it to be in very good condition, but if you are not entirely satisfied please get in touch with us.