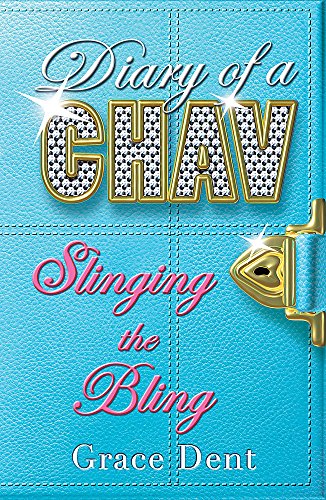 Diary of a Chav: Slinging the Bling
by Grace Dent

Diary of a Chav: Slinging the Bling Summary

Diary of a Chav: Slinging the Bling: Book 2 by Grace Dent

The divine Shiraz Bailey Wood is back to enlighten us on the multi-layered, rich tapestry that is her life in Goodmayes Essex. Shiraz is astonished to discover that she has passed eight GCSE's and is actually clever! Emboldened, she decides she can't waste her brain power on a job at 'Mr Yolk', the local greasy spoon. No, she'll stay on at the Mayflower Sixth Form 'Centre of Excellence' and get even brainier. Best friend Carrie is of a like-mind and so, armed with text books and pencil cases, the intrepid pair set forth into the heady world of academia. Soon Shiraz is hanging out with other boffin types, amongst them the gorgeous Joshua, with the sharp cheekbones and the whopping allowance. But will Shiraz really dump the devoted Wesley Barrington Bains II for a smooth-talking lad with an Oxbridge future? Read SBW's hilarious, heart-rending, irresistible diary to find out...

Diary of a Chav: Slinging the Bling Reviews

GOR001074366
Diary of a Chav: Slinging the Bling: Book 2 by Grace Dent
Grace Dent
Diary of a Chav
Used - Very Good
Paperback
Hachette Children's Group
2007-08-16
224
034093218X
9780340932186
N/A
Book picture is for illustrative purposes only, actual binding, cover or edition may vary.
This is a used book - there is no escaping the fact it has been read by someone else and it will show signs of wear and previous use. Overall we expect it to be in very good condition, but if you are not entirely satisfied please get in touch with us.