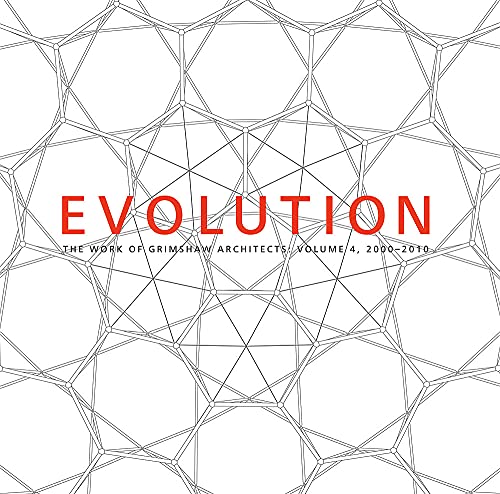 The first of three new volumes, Evolution: Volume 4 showcases Grimshaw's best projects completed in the first decade of the millennium. It celebrates works ranging in scale and geography: from the renowned Eden Project in Cornwall with its vast clear-span biomes, to Australia's first significant contemporary rail terminus Southern Cross Station, to New York's EMPAC facility, a cutting-edge performance space. With an introduction by Blueprint editor Johnny Tucker, projects are illustrated in detail with drawings, photographs and a complete chronology. What emerges is Grimshaw's consistent pursuit of excellence and innovation, distinguishing the practice since its inception in 1980.

GOR009848052
Evolution: The Work of Grimshaw Architects, Vol 4 2000-2010 by Grimshaw Architects
Grimshaw Architects
Used - Like New
Hardback
Laurence King Publishing
2019-05-13
256
1786275538
9781786275530
N/A
Book picture is for illustrative purposes only, actual binding, cover or edition may vary.
The book has been read, but looks new. The book cover has no visible wear, and the dust jacket is included if applicable. No missing or damaged pages, no tears, possible very minimal creasing, no underlining or highlighting of text, and no writing in the margins.