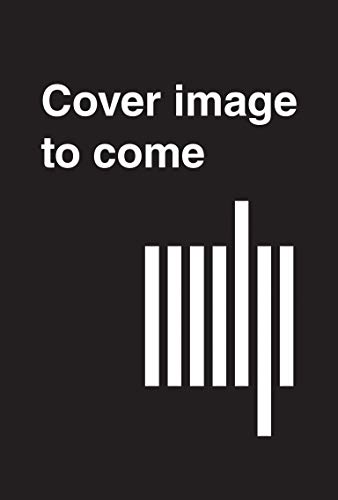 Used Price
$69.99
inc. GST
Free Shipping in Australia
Imagining a new self equal to the new art of modernism; primordial and futuristic fictions of origin in the work of Guaguin, Picasso, F. T. Marinetti, Max Ernst, and others.
Very Good

Imagining a new self equal to the new art of modernism; primordial and futuristic fictions of origin in the work of Guaguin, Picasso, F. T. Marinetti, Max Ernst, and others.

How to imagine not only a new art or architecture but a new self or subject equal to them? In Prosthetic Gods, Hal Foster explores this question through the works and writings of such key modernists as Gauguin and Picasso, F. T. Marinetti and Wyndham Lewis, Adolf Loos and Max Ernst. These diverse figures were all fascinated by fictions of origin, either primordial and tribal or futuristic and technological. In this way, Foster argues, two forms came to dominate modernist art above all others: the primitive and the machine. Foster begins with the primitivist fantasies of Gauguin and Picasso, which he examines through the Freudian lens of the primal scene. He then turns to the purist obsessions of the Viennese architect Loos, who abhorred all things primitive. Next Foster considers the technophilic subjects propounded by the futurist Marinetti and the vorticist Lewis. These "new egos" are further contrasted with the "bachelor machines" proposed by the dadaist Ernst. Foster also explores extrapolations from the art of the mentally ill in the aesthetic models of Ernst, Paul Klee, and Jean Dubuffet, as well as manipulations of the female body in the surrealist photography of Brassai, Man Ray, and Hans Bellmer. Finally, he examines the impulse to dissolve the conventions of art altogether in the drip paintings of Jackson Pollock, the scatter pieces of Robert Morris, and the earthworks of Robert Smithson, and traces the evocation of lost objects of desire in sculptural work from Marcel Duchamp and Alberto Giacometti to Robert Gober. Although its title is drawn from Freud, Prosthetic Gods does not impose psychoanalytic theory on modernist art; rather, it sets the two into critical relation and scans the greater historical field that they share.

Readers serious about modern and contemporary art eagerly await each new offering from the prolific Hal Foster, one of the leading cultural critics and theorists in the United States.

Hal Foster is Townsend Martin '17 Professor of Art and Archaeology at Princeton University and the author of Prosthetic Gods (MIT Press) and other books.

GOR002638149
Prosthetic Gods by Hal Foster (Princeton University)
Hal Foster (Princeton University)
October Books
Used - Very Good
Paperback
MIT Press Ltd
2006-02-17
464
0262562812
9780262562812
N/A
Book picture is for illustrative purposes only, actual binding, cover or edition may vary.
This is a used book - there is no escaping the fact it has been read by someone else and it will show signs of wear and previous use. Overall we expect it to be in very good condition, but if you are not entirely satisfied please get in touch with us.