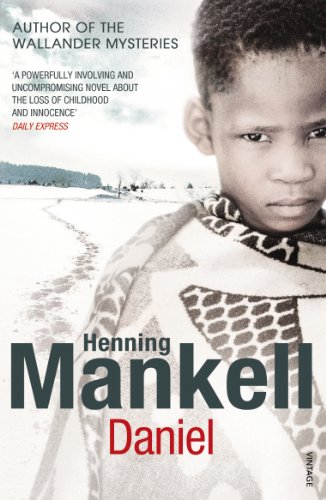 In Stock
$10.49
+10% GST
Hans Bengler, a young entomologist, leaves Sweden for the Kalahari Desert, determined to find a previously undiscovered insect to name after himself and advance his career.
Very Good Good
Only 1 left

Hans Bengler, a young entomologist, leaves Sweden for the Kalahari Desert, determined to find a previously undiscovered insect to name after himself and advance his career. Instead, he finds a young boy, whose tribe has been decimated by European raiders. Accustomed to collecting specimens, Bengler re-names the traumatised child Daniel and brings him home to Sweden, intending to 'civilise' him. But Daniel yearns desperately for the desert and his real family. His only consolation is his friendship with a vulnerable young girl who is also an outsider in the community, but even this bond is destined to be violently broken, as Daniel's isolation and increasing desperation lead to a chilling tragedy.

GOR003220888
Daniel by Henning Mankell
Henning Mankell
Used - Very Good
Paperback
Vintage Publishing
2011-09-01
352
009948143X
9780099481430
N/A
Book picture is for illustrative purposes only, actual binding, cover or edition may vary.
This is a used book - there is no escaping the fact it has been read by someone else and it will show signs of wear and previous use. Overall we expect it to be in very good condition, but if you are not entirely satisfied please get in touch with us.