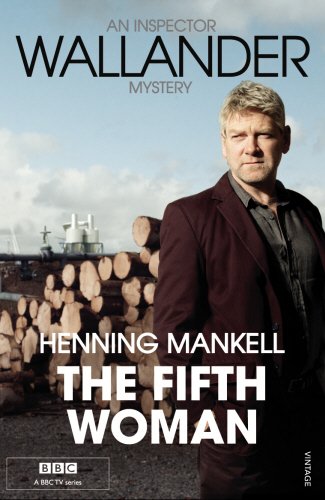 The Fifth Woman
by Henning Mankell

In Stock
$11.49
+10% GST
Inspector Kurt Wallander is home from an idyllic holiday in Rome, full of energy and plans for the future. And once again Wallander's life is on hold as he and his team work tirelessly to find a link between the series of vicious murders.
Very Good
5 in stock

Inspector Kurt Wallander is home from an idyllic holiday in Rome, full of energy and plans for the future. Autumn settles in, and Wallander prays the winter will be peaceful. But when he investigates the disappearence of an elderly birdwatcher he discovers a gruesome and meticulously planned murder - a body impaled in a trap of sharpened bamboo poles. Then another man is reported missing. And once again Wallander's life is on hold as he and his team work tirelessly to find a link between the series of vicious murders.

"Mankell is one of the most ingenious crime writers around. Highly recommended" * Observer *
"Sweden's lord of criminal misrule" * Independent *
"By far the best writer of police mysteries today" * Michael Ondaatje *
"The novels become a compulsion - one reads them all" * Daily Telegraph *
"The real test of thrillers of this kind is whether you want to spend more time in the detective's company. I certainly do" -- Sean French * Independent *

GOR001675588
The Fifth Woman: Kurt Wallander by Henning Mankell
Henning Mankell
Kurt Wallander
Used - Very Good
Paperback
Vintage Publishing
2009-12-31
592
0099546361
9780099546368
N/A
Book picture is for illustrative purposes only, actual binding, cover or edition may vary.
This is a used book - there is no escaping the fact it has been read by someone else and it will show signs of wear and previous use. Overall we expect it to be in very good condition, but if you are not entirely satisfied please get in touch with us.