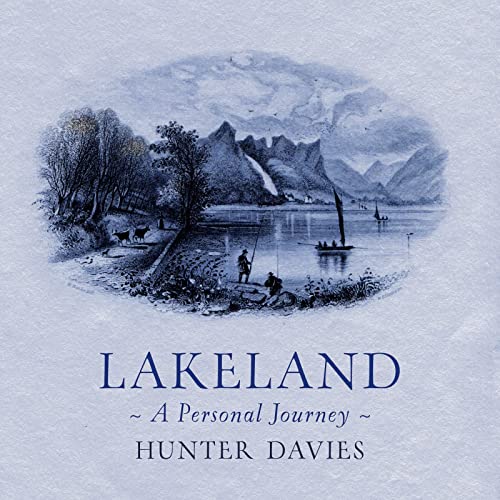 One of Britain's best-loved writers celebrates one of England's best-loved and loveliest regions, in well-chosen words and images.

'I don't know any tract of land in which in so narrow a compass may be found an equal variety of sublime and beautiful features'. So said the poet Wordsworth of England's Lake District, an area as rich in cultural associations as it is in beautiful scenery.

Hunter Davies, who has spent every summer in the Lake District for nearly half a century, takes the reader on an engaging, informative and affectionate tour of the lakes, fells, traditions, denizens and history of England's most popular tourist destination.

From the first discovery of Lakeland as a tourist destination in the 18th century, to the tale of the Maid of Buttermere, to the poet Coleridge's ascent of Scafell Pike in 1802, to such enduring local traditions as Cumberland wrestling and hound trailing, Hunter Davies brings England's Lake District memorably and informatively to life.

'I absolutely adored Lakeland. Lucky Lake District to have such an inspired chronicler' Jilly Cooper.
'Nicely produced and tastefully illustrated, the whole thing enchants from start to finish' The Times.
'The generous illustrations to Lakeland are by turns beautiful and quirky. Engravings by artists of the Picturesque evoke the changing past of what Hunter Davies sums up as "a living place not a museum"' TLS.
'This great little book brings the Lake District memorably to life' NFU Countryside.
'Davies's easy, affable style makes his Lakeland a plum-pie delight of gossip, pictures and facts. This is one to treasure' WI Life.
'Davies waxes lyrical about its famous sons and daughters' This is England.
'A lovely read for everyone who loves the Lakes' Cumberland News.
'A beautifully produced Lake District miscellany, informed by a lifetime's enthusiasm' TGO Magazine.

Hunter Davies is a prolific author, journalist and broadcaster. The author of a number of guides to the Lake District, as well as biographies of Wordsworth, Beatrix Potter and Wainwright, he divides his time between North London and Cumbria.

GOR007577958
Lakeland: A Personal Journey by Hunter Davies
Hunter Davies
Used - Very Good
Hardback
Head of Zeus
2016-06-16
192
1784971162
9781784971168
N/A
Book picture is for illustrative purposes only, actual binding, cover or edition may vary.
This is a used book - there is no escaping the fact it has been read by someone else and it will show signs of wear and previous use. Overall we expect it to be in very good condition, but if you are not entirely satisfied please get in touch with us.