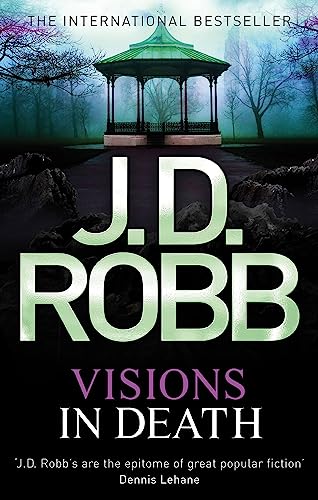 Used Price
$19.49
inc. GST
Free Shipping in Australia
The new and reissued J. D. Robb classic from the 'In Death' series, in which Eve handles a horrifying case of a body missing its eyes and an enigmatic psychic insists more murders are coming...
Reviews:
Trustpilot
Well Read

She sat, her hands folded tightly together on her lap. She breathed in and out once. 'He took her eyes . . .'

As Elisa Maplewood walks her dog in the still twilight of Central Park, she is oblivious to the man lurking behind her. Later that night Lieutenant Eve Dallas gets a call: a young woman's body has been found on the rocks, wearing nothing but a red ribbon. And, more horrifyingly, she is missing her eyes.

Eve's investigation is thrown off course when an exotic and headstrong psychic, Celina Sanchez, insists she saw the murder in a vision. Eve dismisses her, but as the murders become more brutal, the visions more vivid, and Eve more desperate, Eve and Celina form an unstoppable team.

Gut-searing emotional drama * David Baldacci *
Anchored by terrific characters, sudden twists that spin the whole narrative on a dime, and a thrills-to-chills ratio that will raise the hairs of even the most jaded reader, the J.D. Robb books are the epitome of great popular fiction * Dennis Lehane *
J.D. Robb's novels are can't miss pleasures * Harlan Coben *
Whether she writes as J.D. Robb or under her own name, I love Nora Roberts. She is a woman who just doesn't know how to tell a bad story * Stephen King *