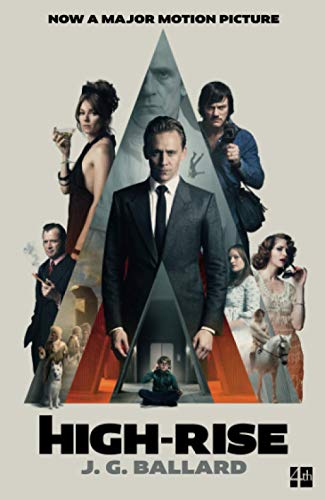 `Later, as he sat on his balcony eating the dog, Dr Robert Laing reflected on the unusual events that had taken place within this huge apartment building during the previous three months.'

`ingenious ... `High-Rise' is an intense and vivid bestiary, which lingers unsettlingly in the mind' Martin Amis

`The writing is cool, the observation exact, the idea bold and well-developed; everything seems to demand attention and analysis' Financial Times

GOR008074448
High-Rise by J. G. Ballard
J. G. Ballard
Used - Like New
Paperback
HarperCollins Publishers
2016-03-10
272
0008134898
9780008134891
N/A
Book picture is for illustrative purposes only, actual binding, cover or edition may vary.
This is a used book - there is no escaping the fact it has been read by someone else and it will show signs of wear and previous use. Overall we expect it to be in very good condition, but if you are not entirely satisfied please get in touch with us.