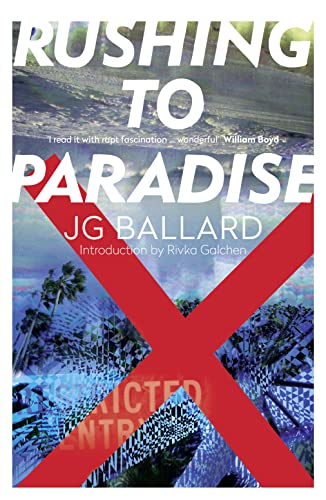 J. G. Ballard - author of `Crash' - explores the extremes of ecology and feminism in this highly acclaimed modern fable. Newly reissued with an introduction by Rivka Galchen.

J. G. Ballard - author of `Crash' - explores the extremes of ecology and feminism in this highly acclaimed modern fable. Newly reissued with an introduction by Rivka Galchen.

Dr Barbara Rafferty is a fearless conservationist, determined to save a rare albatross from extinction. Her crusade gains widespread coverage when earnest young environmentalist Neil Dempsey is shot and wounded.

Support for the conservationists grows and well-wishers flock to the island, bringing with them specimens of other endangered creatures to be protected by Dr Barbara and her crew. The island seems a new Eden.

But is Dr Barbara as altruistic as she appears? Why are the islanders committing acts of self-sabotage? And what's keeping Neil alive while the other men sicken?

A classic exploration of the extremes of human behaviour from J.G Ballard, this is a brilliantly unsettling novel in which all preconceptions are overthrown.

This edition is part of a new commemorative series of Ballard's works, featuring introductions from a number of his admirers (including Robert Macfarlane, Martin Amis, James Lever and Ali Smith) and brand-new cover designs from the artist Stanley Donwood.

`Ballard is a magician of the contemporary scene and a literary saboteur. "Rushing to Paradise" is a Wellsian drama of extremity and isolation ... No one else writes with such enchanted clarity or strange power' Guardian

`"Robinson Crusoe" in reverse. Teasing and sardonic ... Ballard at his best' Independent on Sunday

GOR000920973
Rushing to Paradise by J. G. Ballard
J. G. Ballard
Used - Very Good
Paperback
HarperCollins Publishers
1995-09-11
240
0006548148
9780006548140
N/A
Book picture is for illustrative purposes only, actual binding, cover or edition may vary.
This is a used book - there is no escaping the fact it has been read by someone else and it will show signs of wear and previous use. Overall we expect it to be in very good condition, but if you are not entirely satisfied please get in touch with us.