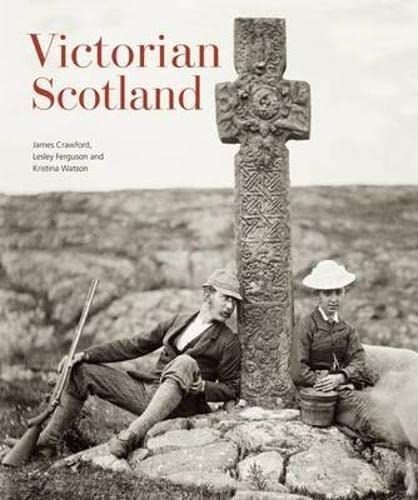 RCAHMS is showcasing images from its National Collection in a remarkable illustration of the Victorian era. From the pioneering work of renowned photographers to never before seen excerpts from private family albums, Victorian Scotland is a window on the lives of the generation that changed the world.

The Victorians were the harbingers of the modern age, their society driven by curiosity, a zeal for invention, and an enormous appetite for economic and imperial consumption. The boiler room of the era was stoked furiously, and its frequent combustions produced advances in everything from science and philosophy to industry and architecture.

By the end of the nineteenth century, Scotland was a nation transformed. Glasgow had exploded into the second city of the Empire, the majestic Forth Bridge was celebrated as a wonder of the modern world, and railways had opened the remote Highlands to new industries of leisure and tourism. But for every grand museum or gothic-revival country house, tenements and slums rose in their thousands - overcrowded living for the vast army of workers that sustained the great Victorian machine. Ambition and wealth saw social divisions become ever more acute, producing a society obsessed with class hierarchy.

Now, for the first time, RCAHMS is showcasing images from its National Collection in a remarkable illustration of this landmark era. From the pioneering work of photographers like John Forbes White and Henry Bedford Lemerre, to never before seen excerpts from private family albums, Victorian Scotland is a window into the lives of the generation who changed the world.

'Make no mistake, these photographs, reproduced to a wonderful standard, are indeed works of art ... The authors have chosen both their images and their words well ... The commentary adds a further dimension, even for those who feel themselves already familiar with Victorian values and with Scotland as a whole.'

'A remarkable illustration of the Victorian era'

* The Scotsman *
James Crawford is RCAHMS Communications Manager, and has previously worked as a literary agent, journalist and editor.
GOR005032582
Victorian Scotland by James Crawford
James Crawford
Used - Very Good
Hardback
Historic Environment Scotland
2010-09-28
224
1902419642
9781902419640
N/A
Book picture is for illustrative purposes only, actual binding, cover or edition may vary.
This is a used book - there is no escaping the fact it has been read by someone else and it will show signs of wear and previous use. Overall we expect it to be in very good condition, but if you are not entirely satisfied please get in touch with us
Trustpilot