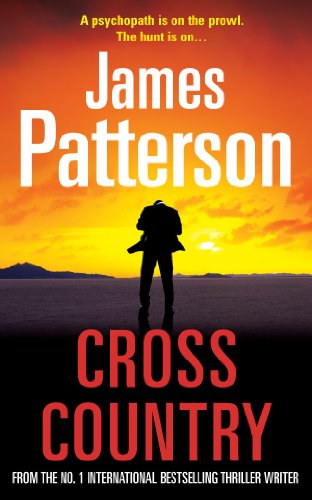 In Stock
$11.49
+10% GST
When Detective Alex Cross is called to investigate a massacre-style murder scene, he is shocked to find that one of the victims is an old friend. As Cross tracks the elusive Tiger through Africa, he must battle against conspiracy and untold violence.
Very Good
Only 2 left

When Detective Alex Cross is called to investigate a massacre-style murder scene, he is shocked to find that one of the victims is an old friend. Angry, grieving, and more determined than ever, Cross begins the hunt for the perpetrators of this vicious crime. He is drawn into a dangerous underworld right in the heart of Washington DC that leads him on a life-threatening journey to the Niger Delta, where heroin dealing, slave trading and corruption are rife. At the centre of this terrifying world, Cross finds the Tiger - the psychopathic leader of a fearsome gang of killers who are not what they seem. As Cross tracks the elusive Tiger through Africa, he must battle against conspiracy and untold violence. Alex Cross is in a heart-stopping chase that takes him across a vast and uncompromising landscape and finds him not only hunting for a horrific killer, but also fighting for his own survival.

"[Cross Country] opens with one of the most chilling murder scenes I've read in a long time ... High-octane stuff" * Daily Express *
"It was absolutely fantastic ... Cross Country has an amazing sense of speed, there's a really brilliant tension in the plot ... You're just completely engrossed in it from start to finish ... The story is unrelentingly exciting" * The Simon Mayo show, BBC Radio 5 Live *

GOR001637028
Cross Country: (Alex Cross 14) by James Patterson
James Patterson
Alex Cross
Used - Very Good
Paperback
Cornerstone
2009-10-01
432
0099538938
9780099538936
N/A
Book picture is for illustrative purposes only, actual binding, cover or edition may vary.
This is a used book - there is no escaping the fact it has been read by someone else and it will show signs of wear and previous use. Overall we expect it to be in very good condition, but if you are not entirely satisfied please get in touch with us.