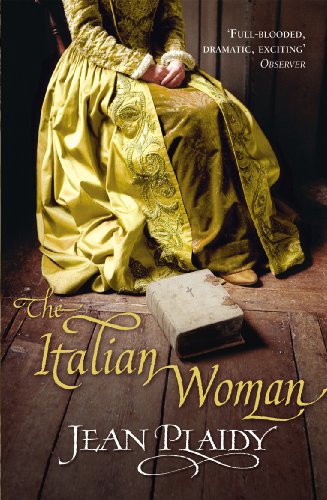 Used Price
$16.99
inc. GST
Free Shipping in Australia
When Catherine de' Medici was forced to marry Henry of Orleans, her's was not the only heart broken. And so both Catherine and Jeanne's lives are set on unwanted paths, destined to cross in affairs of state, love and faith, driving them to become deadly political rivals.
Reviews:
Trustpilot
Very Good

When Catherine de' Medici was forced to marry Henry of Orleans, her's was not the only heart broken. Jeanne of Navarre once dreamed of marrying this same prince, but like Catherine, she must comply with King Francis's political needs. And so both Catherine and Jeanne's lives are set on unwanted paths, destined to cross in affairs of state, love and faith, driving them to become deadly political rivals. Years later Jeanne is happily married to the dashing but politically inept Antoine de Bourbon, whilst the widowed Catherine continues to be loved by few and feared by many - including her children. But Catherine is now the powerful mother of kings, who will do anything to see her beloved second son, Henry, rule France. As civil war ravages the country and Jeanne fights for the Huguenot cause, Catherine advances along her unholy road, making enemies at every turn...

"Her novels are still very much to be enjoyed ... Any writer who can both educate and thrill a reader of any age deserves to be remembered and find new fans ... One only has to look at the TV/Media to see that the appetite for this kind of writing is still very much there" -- Matt Bates * WH Smith Travel *
"An exciting tale and Jean Plaidy tells it with accurate knowledge" * Times Literary Supplement *
"Plaidy excels at blending history with romance and drama" * New York Times *
"Jean Plaidy, by the skilful blending of superb storytelling and meticulous attention to authenticiy of detail and depth of charaterization has become one of the country's most widely read novelists" * Sunday Times *
"Full-blooded, dramatic, exciting" * Observer *

Jean Plaidy, one of the preeminent authors of historical fiction for most of the twentieth century, is the pen name of the prolific English author Eleanor Hibbert, also know as Victoria Holt. Jean Plaidy's novels had sold more than 14 million copies worldwide by the time of her deah in 1993. For further information about our Jean Plaidy reissues and mailing list, please visit www.randomhouse.co.uk/minisites/jeanplaidy

GOR001674295
The Italian Woman: (Medici Trilogy) by Jean Plaidy (Novelist)
Jean Plaidy (Novelist)
Medici Trilogy
Used - Very Good
Paperback
Cornerstone
2006-07-06
400
0099493187
9780099493181
N/A
Book picture is for illustrative purposes only, actual binding, cover or edition may vary.
The book has been read but remains in clean condition. All pages are intact and the cover is intact. Some minor wear to the spine.