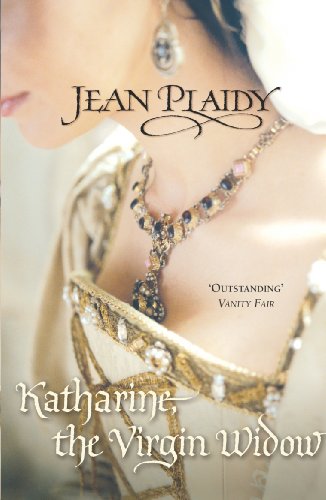 In Stock
$13.49
inc. GST
The second of Jean Plaidy's Tudor series, continuing the life of Katharine of Aragon in this story of a remarkable royal marriage that inspired some of history's bloodiest deeds .
Very Good Good
9 in stock

The second of Jean Plaidy's Tudor series, continuing the life of Katharine of Aragon in this story of a remarkable royal marriage that inspired some of history's bloodiest deeds . . . The young Spanish widow, Katharine of Aragon, has become the pawn between two powerful monarchies.After less than a year as the wife of the frail Prince Arthur, the question of whether the marriage was ever consummated will decide both her fate and England's. But whilst England and Spain dispute her dowry, in the wings awaits her unexpected escape from poverty: Henry, Arthur's younger, more handsome brother - the future King of England.He alone has the power to restore her position, but at what sacrifice?

"Plaidy excels at blending history with romance and drama" * New York Times *
"Jean Plaidy, by the skilful blending of superb storytelling and meticulous attention to authenticity of detail and depth of charaterization has become one of the country's most widely read novelists" * Sunday Times *
"Full-blooded, dramatic, exciting" * Observer *
"One of England's foremost historical novelists" * Birmingham Mail *

Jean Plaidy, one of the preeminent authors of historical fiction for most of the twentieth century, is the pen name of the prolific English author Eleanor Hibbert, also known as Victoria Holt. Jean Plaidy's novels had sold more than 14 million copies worldwide by the time of her death in 1993.

GOR001231154
Katharine, The Virgin Widow: (Tudor Saga) by Jean Plaidy
Jean Plaidy
Tudor Saga
Used - Very Good
Paperback
Cornerstone
2006-02-02
320
0099493144
9780099493143
N/A
Book picture is for illustrative purposes only, actual binding, cover or edition may vary.
This is a used book - there is no escaping the fact it has been read by someone else and it will show signs of wear and previous use. Overall we expect it to be in very good condition, but if you are not entirely satisfied please get in touch with us.