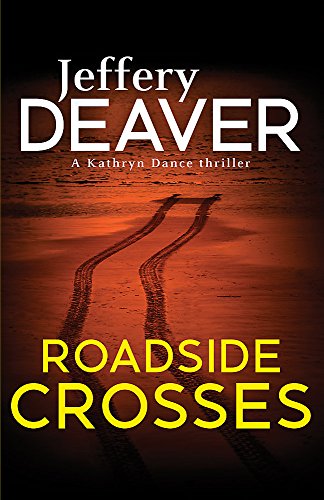 In Stock
$11.49
+10% GST
The second Kathryn Dance thriller: a chilling tale of a vigilante seeking revenge - in the real and cyber worlds.
Very Good Good
10 in stock

The chilling second Kathryn Dance novel from the bestselling author of The Bone Collector.

A highway patrol trooper notices something strange on the side of the road: a homemade cross, fashioned as a memorial. Except the date being 'remembered' is the following day - the day the police find a kidnapped teenage girl in the trunk of a car, left for dead.

Special Agent Kathryn Dance, kinesics expert with the California Bureau of Investigation, is on the case. The teenage victim points her to an online community where criticism is vicious. It looks as though one teen has finally snapped. Then further crosses appear. Now Dance must race against the clock to find the attacker before he can carry out his deadly plans for revenge . . . in the cyber world and the real.

GOR001670860
Roadside Crosses: Kathryn Dance Book 2 by Jeffery Deaver
Jeffery Deaver
Kathryn Dance thrillers
Used - Very Good
Paperback
Hodder & Stoughton General Division
2010-02-01
464
0340994045
9780340994047
N/A
Book picture is for illustrative purposes only, actual binding, cover or edition may vary.
This is a used book - there is no escaping the fact it has been read by someone else and it will show signs of wear and previous use. Overall we expect it to be in very good condition, but if you are not entirely satisfied please get in touch with us.