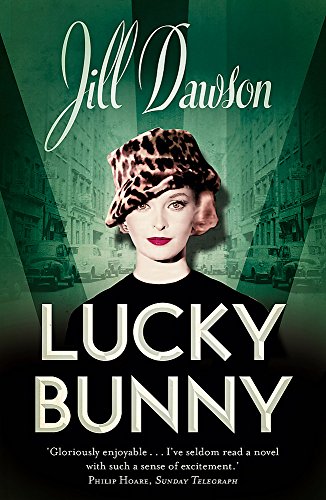 By the Orange Prize and Whitbread shortlisted author of FRED AND EDIE, the riveting and vivacious tale of a 20th-century Moll Flanders.

Crime's a man's business. So they say. Who was that small figure then, slender enough to trot along the moonlit track, swift and low, virtually invisible? Who was it that covered the green signal with a glove to stop the train, while the two others took care of the driver and his mate? Could it have been one Queenie Dove, survivor of the Depression and the Blitz, not to mention any number of scrapes with the law?

Queenie Dove is a self-proclaimed genius when it comes to thieving and escape. Daring, clever and sexy, she ducked and dived through the streets of London from the East End through Soho to Mayfair, graduating from childhood shop-lifting to more glamorous crimes in the post-war decades. So was she wicked through and through, or more sinned against than sinning? Here she tells a vivacious tale of trickery and adventure, but one with more pain and heartbreak than its heroine cares to admit. Yes, luck often favoured her, but that is only part of the story.

Gloriously enjoyable...Queenie bursts out of these pages, longing for life, as we are drawn into her world by Dawson's terse, electric prose. I've seldom read a novel with such a sense of excitement. * Philip Hoare, Sunday Telegraph *
'Jill Dawson is one of those writers so gifted and assured you relax just five words in...heroine Queenie is no angel. But she's resourceful, funny, brave and beautiful. You're on her side from that fifth word' * Wendy Holden, Daily Mail *
A treat to read * John Self, Guardian *
Dawson, as ever, delves deep into her subject matter, combining fast-paced narrative with astute, piercing reflection on more complex matters * Leyla Sanai, Independent on Sunday *
She leaves us with some unforgettable images..:It is admirable, too, for the way its fizzing narrative is grounded in a cool-eyed awareness of the social and sexual injustices of the mid-20th century * Maggie Gee, Independent *
'Far more than just crime caper. An award winning poet, Dawson shrewdly uses her heroine's undeniably clever but poorly educated point of view to evocative and sometimes lyrical effect, the author's use of language pure, simple and shimmering." * The Scotsman *
Heart-rippingly painful and joyously playful. A major prize-winning contender. * Sainsbury's magazine *
Pacy and atmospheric, this tale of a girl attempting to dictate her own destiny is wickedly good * Eithne Farry, Marie Claire *
Despite its surface thrills and spills and Krays era glamour, Lucky Bunny is a novel of great concern, human sympathy and seriousness. It is a novel of ideas and society, disguised as a romp...In the end I understood and admired Queenie Dove - and admired Jill Dawson, too, for creating something so fine from such brutish elements. * Bidisha *
Jill Dawson is the author of the novels Trick of the Light, Magpie, Fred and Edie, which was shortlisted for the Orange Prize and the Whitbread Novel of the Year Award, Wild Boy, Watch Me Disappear, which was longlisted for the Orange Prize, The Great Lover, Lucky Bunny, The Tell-Tale Heart and The Crime Writer, which won the East Anglian Book of the Year. An award-winning poet, she has also edited several poetry and short story anthologies. Jill Dawson has held many Fellowships, including the Creative Writing Fellowship at the University of East Anglia. In 2008 she founded a mentoring scheme for new writers, Gold Dust. She lives in the Cambridgeshire Fens. www.jilldawson.co.uk
GOR004491530
9780340935682
0340935685
Lucky Bunny by Jill Dawson
Jill Dawson
Used - Good
Paperback
Hodder & Stoughton
2012-05-10
304
N/A
Book picture is for illustrative purposes only, actual binding, cover or edition may vary.
This is a used book - there is no escaping the fact it has been read by someone else and it will show signs of wear and previous use. Overall we expect it to be in very good condition, but if you are not entirely satisfied please get in touch with us
Trustpilot