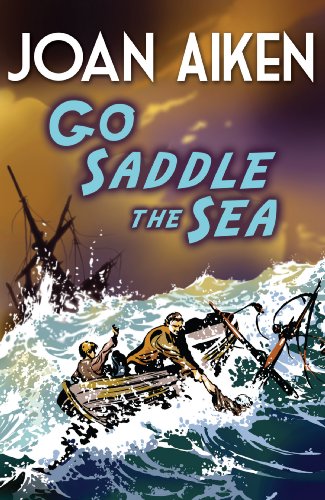 Used Price
$17.49
inc. GST
Free Shipping in Australia
Despised by his Spanish relatives and ignored by his distant grandfather, twelve-year-old orphan Felix Brooke is lonely and unhappy. Felix packs his bag, jumps on his trusty mule and heads for the coast and a new life. But his journey across the mountains and over the sea does not prove to be plain sailing - as Felix soon discovers . . .
Reviews:
Trustpilot
Very Good Good

Despised by his Spanish relatives and ignored by his distant grandfather, twelve-year-old orphan Felix Brooke is lonely and unhappy. So when he's given a parcel with a blood-stained letter from his dead father, it inspires him to track down his long-lost English family. Felix packs his bag, jumps on his trusty mule and heads for the coast and a new life. But his journey across the mountains and over the sea does not prove to be plain sailing - as Felix soon discovers . . .

Joan Aiken's Felix trilogy is definitely the kind of reading material you can never have enough of. It's got everything; adventure of almost every kind you could dream of, friendship, romance, history, travel . . . To me these books are timeless, and every generation needs them. * Bookwitch *
I thought this book was one of the best adventure stories I have encountered and a touching yet easy to read book. I would love to read the next in the trilogy and I would recommend it to boys and girls age eight and up for an unpredictable adventure. * Guardian Children's Book Review Team *

Joan Aiken was born in Sussex in 1924. She was the daughter of the American poet, Conrad Aiken; her sister, Jane Aiken Hodge, is also a novelist. Before joining the 'family business' herself, Joan had a variety of jobs, including working for the BBC, the United Nations Information Centre and then as features editor for a short story magazine. Her first children's novel, The Kingdom of the Cave, was published in 1960.

Joan Aiken wrote over a hundred books for young readers and adults and is recognized as one of the classic authors of the twentieth century. Amanda Craig, writing in The Times, said, 'She was a consummate story-teller, one that each generation discovers anew.' Her best-known books are those in the James III saga, of which The Wolves of Willoughby Chase was the first title, published in 1962 and awarded the Lewis Carroll prize. Both that and Black Hearts in Battersea have been filmed. Her books are internationally acclaimed and she received the Edgar Allan Poe Award in the United States as well as the Guardian Award for Fiction in this country for The Whispering Mountain.

Joan Aiken was decorated with an MBE for her services to children's books. She died in 2004.

GOR004834325
Go Saddle The Sea by Joan Aiken
Joan Aiken
Used - Very Good
Paperback
Penguin Random House Children's UK
2013-05-02
416
1849418276
9781849418270
N/A
Book picture is for illustrative purposes only, actual binding, cover or edition may vary.
This is a used book - there is no escaping the fact it has been read by someone else and it will show signs of wear and previous use. Overall we expect it to be in very good condition, but if you are not entirely satisfied please get in touch with us.