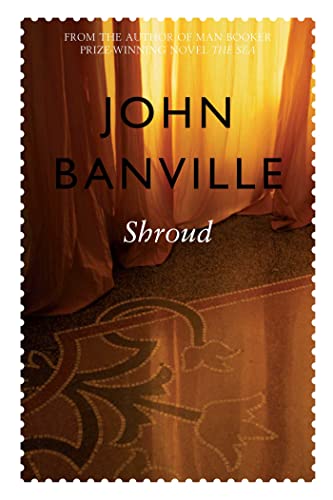 `Shroud will not be easily surpassed for its combination of wit, moral complexity and compassion. It is hard to see what more a novel could do' Irish Times

Dark secrets and reality unravel in Shroud, the second of John Banville's three novels to feature Cass Cleave, alongside Eclipse and Ancient Light.

Axel Vander, distinguished intellectual and elderly academic, is not the man he seems.

When a letter arrives out of the blue, threatening to unveil his secrets - and carefully concealed identity - Vander travels to Turin to meet its author. There, muddled by age and alcohol, unable always to distinguish fact from fiction, Vander comes face to face with the woman who has the knowledge to unmask him, Cass Cleave. However, her sense of reality is as unreliable as his, and the two are quickly drawn together, their relationship dark, disturbed and doomed to disaster from its very start.

In beautiful, lucid prose John Banville describes a tragedy so strongly rooted in history and character that, like all real tragedies, it could not happen otherwise. * The Times *
Banville is merciless in the details . . . he has a gift for enigmatic clarity. * Daily Telegraph *
The narrative frequently takes on the qualities of a dream, writhing with pursuits and escapes, peopled by shape-shifters and avatars, subject to its own climatic and topographical realities. * Guardian *
A moving and shockingly intimate record of life lost and found again. * Time Out *

John Banville was born in Wexford, Ireland, in 1945. His first book, Long Lankin, was published in 1970. His other books include Nightspawn , Birchwood, Doctor Copernicus (which won the James Tait Black Memorial Prize in 1976), Kepler (which was awarded the Guardian Fiction Prize in 1981), The Newton Letter, Mefisto, The Book of Evidence, Ghosts, Athena, The Untouchable, Eclipse and The Sea. He has received a literary award from the Lannan Foundation. He lives in Dublin.

GOR001281865
Shroud by John Banville
John Banville
Cleave Trilogy
Used - Very Good
Paperback
Pan Macmillan
2003-07-04
416
0330483145
9780330483148
Long-listed for Man Booker Prize 2002 (UK)
Book picture is for illustrative purposes only, actual binding, cover or edition may vary.
This is a used book - there is no escaping the fact it has been read by someone else and it will show signs of wear and previous use. Overall we expect it to be in very good condition, but if you are not entirely satisfied please get in touch with us.