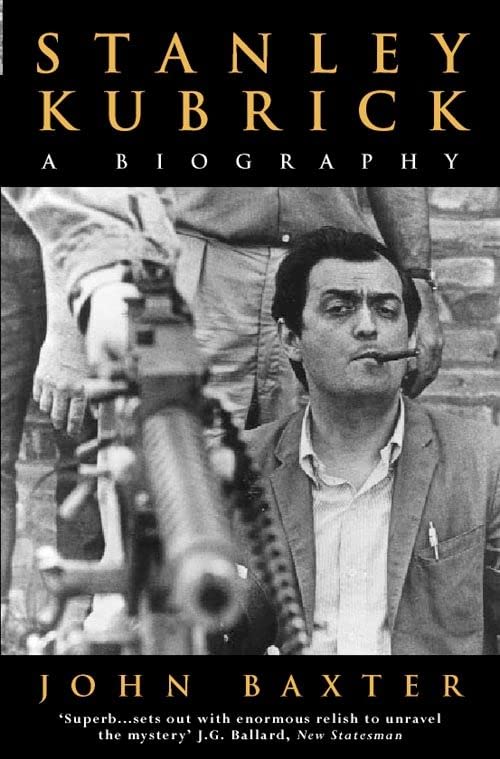 The most complete account yet of one of the most original and stimulating film-makers of the post-war years: Paths of Glory, Dr Strangelove, Lolita, 2001: A Space Odyssey, A Clockwork Orange, The Shining, Barry Lindon, Full Metal Jacket ...

The most complete account yet of one of the most original and stimulating film-makers of the post-war years: Paths of Glory, Dr Strangelove, Lolita, 2001: A Space Odyssey, A Clockwork Orange, The Shining, Barry Lindon, Full Metal Jacket ...

A biography of this pre-eminent cultural figure is long overdue. Few film-makers have managed to maintain their mystique over forty years; Kubrick succeeded by preparing his films for years, so that each distilled the essence of the zeitgeist. To the generation of the 1950s, he was one of the few directors to achieve, with Paths of Glory, the dignity and stature of the European cinema in an American film. To 1960s audiences, he's the man who made both Dr Strangelove, the ultimate anti-war movie, and the counter-culture classic 2001: A Space Odyssey. In the 1970s he created that archetypal hymn to urban violence, A Clockwork Orange. In the 1980s, he put Stephen King on screen in The Shining.

In continental Europe especially, Kubrick is regarded as one of the handful of great living film-makers. Born in the Bronx in 1928 of Central European stock, Kubrick still lives in moody seclusion in Borehamwood, where he bought a house soon after moving to the UK in 1961.

John Baxter is a film critic, novelist, biographer and broadcaster (born in Australia), whose film books include The Hollywood Exiles, Stunt: The Great Movie Stuntmen, An Appalling Talent: The Life of Ken Russell, Science Fiction in the Cinema, The Cinema of John Ford, The Cinema of Josef Von Sternberg, Fellini and Bunuel. His Steven Spielberg: The Unauthorised Biography was published by HarperCollins in June 1996.

GOR001410184
Stanley Kubrick: A Biography by John Baxter
John Baxter
Used - Very Good
Paperback
HarperCollins Publishers
1998-02-17
416
0006384455
9780006384458
N/A
Book picture is for illustrative purposes only, actual binding, cover or edition may vary.
This is a used book - there is no escaping the fact it has been read by someone else and it will show signs of wear and previous use. Overall we expect it to be in very good condition, but if you are not entirely satisfied please get in touch with us.