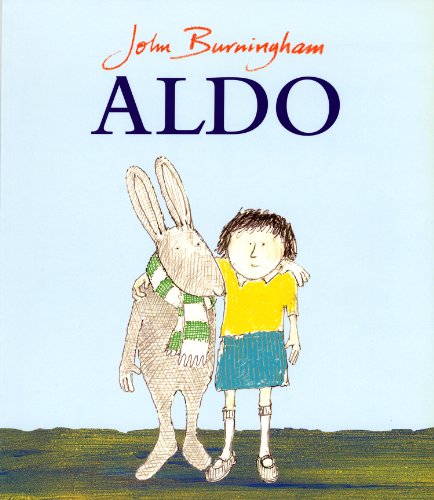 Used Price
$18.49
inc. GST
Free Shipping in Australia
John Burningham brings us this poetic tale about a special friendship between a lonely girl and her secret friend, Aldo. With Aldo around, sunshine and laughter fill the little girl's life and she forgets her everyday fears.
Reviews:
Trustpilot
Very Good Good

John Burningham brings us this poetic tale about a special friendship between a lonely girl and her secret friend, Aldo. With Aldo around, sunshine and laughter fill the little girl's life and she forgets her everyday fears.

GOR001885062
Aldo by John Burningham
John Burningham
Used - Very Good
Paperback
Random House Children's Publishers UK
1993-06-01
32
0099185016
9780099185017
N/A
Book picture is for illustrative purposes only, actual binding, cover or edition may vary.
This is a used book - there is no escaping the fact it has been read by someone else and it will show signs of wear and previous use. Overall we expect it to be in very good condition, but if you are not entirely satisfied please get in touch with us.