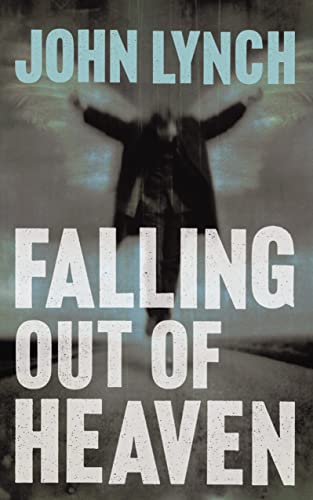 Falling out of Heaven by John Lynch

Hauntingly told and emotionally charged, this is an immense story of consuming addiction and the betrayal of trust.

Falling out of Heaven by John Lynch

Hauntingly told and emotionally charged, this is an immense story of consuming addiction and the betrayal of trust.

Gabriel O'Rourke seemingly has everything: a loving wife, an adoring young son, a worthwhile job. He is rooted in a community, is part of a family, has a home. Yet, gradually, his world slowly pulls apart, until Gabriel finds himself homeless and destitute, living out of rubbish skips on the street. In a psychotic haze he is admitted into a secure unit, his body addled by alcohol, his mind broken. Here, by confronting the blighting reality of his own alcoholism, Gabriel is forced finally to unearth the muddled spectre of the past: the black betrayals by those around him, his traumatic relationship with his father, and the true darkness of some obsessions.

Learning to navigate a landscape pockmarked with trauma to undergo a journey of painstaking absolution and halting reconstruction, Gabriel understands that only by untangling the mistakes of the past can he hope to reclaim his future.

'Lynch brings alive the grimy realities of a land and family in the grip of the Troubles, while also conjuring the lilting dreamscapes of a young boy's mind.' Observer

`A tale of great delicacy and originality, in which the fierce intensity of adolescence and, even more, the paranoia and yearning of childhood are evoked with precision, grace and overwhelming conviction.' Independent on Sunday

`"Torn Water" has the tight tone and feel of the period it depicts and captures well the uncertainties of someone leaving the capsule of childhood behind and taking their first footsteps out into the vast unknown where there are no certainties and no ghosts or angels to guide you.' Irish Sunday Independent

'As a moral lesson for modern Ireland it is conventional but appealing.' Irish Times

`You get the beat of a writer's heart all the way through the book.' Jennifer Johnston

`The short, often shocking, chapters shift between Gabriel's experiences while drying out to the pitiable recollections of growing up with a pious, ineffectual mother and a sexually abusive, alcoholic father -Lynch doesn't shy away from the unsavoury details of this childhood and he's unflinching when it comes to demonstrating how Gabriel is all but destroyed by his father's ghastly legacy.'Metro

John Lynch is a successful film, television and stage actor. Torn Water is his first novel. He lives in France.

GOR002063230
9780007348701
0007348703
Falling out of Heaven by John Lynch
John Lynch
Used - Very Good
Paperback
HarperCollins Publishers
2010-05-13
336
N/A
Book picture is for illustrative purposes only, actual binding, cover or edition may vary.
This is a used book - there is no escaping the fact it has been read by someone else and it will show signs of wear and previous use. Overall we expect it to be in very good condition, but if you are not entirely satisfied please get in touch with us
Trustpilot