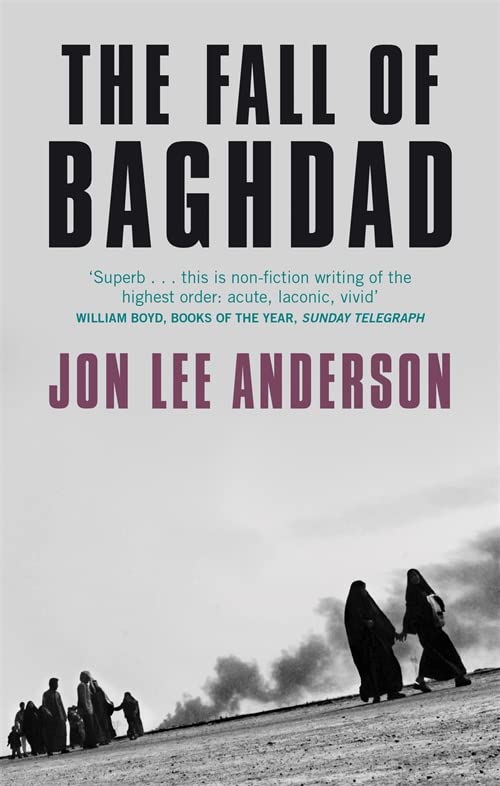 The Fall Of Baghdad
by Jon Lee Anderson

In Stock
$15.49
inc. GST
A masterpiece of literary reportage about the experience of ordinary Iraqis living through the endgame of the Hussein regime, its violent fall, and the troubled occupation
Very Good
Only 1 left

The Fall Of Baghdad Summary

The Fall Of Baghdad by Jon Lee Anderson

For every great historical event, at least one reporter writes an eye-opening account of such power and literary weight that it becomes joined with its subject in our minds - George Orwell's Homage to Catalonia and the Spanish Civil War; John Hersey's Hiroshima and the dropping of the first atomic bomb; Philip Gourevitch's We Wish to Inform You That Tomorrow We Will Be Killed with Our Families and the Rwandan genocide. Whatever else is written about the Iraqi people and the fall of Saddam, Jon Lee Anderson's The Fall of Baghdad will remain the classic book about the Iraq War. No subject has become more hotly politicized than the toppling of Saddam Hussein's regime, and so a thick fog of propaganda has obscured the reality of what the Iraqi people have endured and are enduring, under Saddam Hussein and now. Jon Lee Anderson has created an astonishing portrait of humanity in extremis, a work of great wisdom, human empathy, and moral clarity. In channelling a tragedy of epic dimensions through the stories of real people caught up in the whirlwind of history, Jon Lee Anderson has written a book of timeless significance.

The Fall Of Baghdad Reviews

THE FALL OF BAGHDAD demonstrates -- like Anderson's incisive books on the war in Afghanistan, contemporary guerrilla movements and Che Guevara -- his knack for interviews, observations and finely crafted, powerful narratives. The great value of this book is that Anderson takes us beyond sound bites or official statements to hear the authentic voices of thoughtful, educated Iraqi civilians in interviews and vignettes that capture the chaos of wartime and its aftermath . . . The haunting intenstisy of Anderson's vibrant account of his experiences is reminiscent of the best war literature . . . indispensable for understanding what is going on inside Iraqi society today * WASHINGTON POST *
Mr Anderson continues his brave reporting for THE NEW YORKER . . . In this measured, keenly descriptive account, hindsight gives way to horror as the early rumblings of war become reality and the city of Baghdad is changed beyond recognition . . . THE FA * NEW YORK TIMES *
A searing portrait of a people and a city under fire . . . Anderson is a fine reporter who writes like a dream * EVENING STANDARD *
[Anderson's] articles in the NEW YORKER are often admired by other journalists for their easy flow, colour and interviews, and he has successfully translated this into book form . . . but he also writes movingly about the general population and suffering * GUARDIAN *

Jon Lee Anderson is the author of many books and a regular contributor to The New Yorker, he lives in Dorset, England, with his wife and three children.

GOR000699269
The Fall Of Baghdad by Jon Lee Anderson
Jon Lee Anderson
Used - Very Good
Paperback
Little, Brown Book Group
2006-03-02
480
0349118787
9780349118789
N/A
Book picture is for illustrative purposes only, actual binding, cover or edition may vary.
This is a used book - there is no escaping the fact it has been read by someone else and it will show signs of wear and previous use. Overall we expect it to be in very good condition, but if you are not entirely satisfied please get in touch with us.