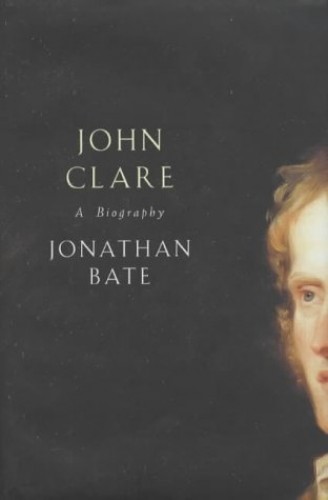 John Clare (1793-1864) was a great Romantic poet, with a name to rival that of Blake, Byron, Wordsworth or Shelley - and a life to match. The `poet's poet', he has a place in the national pantheon and, more tangibly, a plaque in Westminster Abbey's Poets' Corner, unveiled in 1989.

Here at last is Clare's full story, from his birth in poverty and employment as an agricultural labourer, via his burgeoning promise as a writer - cultivated under the gaze of rival patrons - and moment of fame, in the company of John Keats, as the toast of literary London, to his final decline into mental illness and the last years of his life, confined in asylums. Clare's ringing voice - quick-witted, passionate, vulnerable, courageous - emerges through extracts from his letters, journals, autobiographical writings and poems, as Jonathan Bate brings this complex man, his revered work and his ribald world, vividly to life.

'Exemplary... wonderfully written and diverse' Peter Ackroyd, The Times 'Splendidly readable... a shrewd, nimbly written book, one of the few of its subject that will be read and enjoyed off campus' Terry Eagleton, Independent

Jonathan Bate is Professor of English Literature in the University of Oxford and on the Board of the Royal Shakespeare Company. He is the editor of the highly acclaimed RSC Shakespeare: Complete Works (Macmillan) and the author of many books, including John Clare: A Biography (Picador), which was short-listed for seven prizes and won Britain's two oldest literary awards, the Hawthornden Prize and the James Tait Black Prize. Professor Bate has lectured on Shakespeare throughout the world and has held visiting posts at Harvard, Yale and the University of California. He was made CBE in the Queen's 80th birthday honours, for his services to literature and higher education.

GOR001724808
John Clare by Jonathan Bate
Jonathan Bate
Used - Very Good
Hardback
Pan Macmillan
2003-10-17
640
0330371061
9780330371063
Winner of James Tait Black Prize for Biography 2004 (UK) Short-listed for BBC Four Samuel Johnson Prize 2004 (UK)
Book picture is for illustrative purposes only, actual binding, cover or edition may vary.
This is a used book - there is no escaping the fact it has been read by someone else and it will show signs of wear and previous use. Overall we expect it to be in very good condition, but if you are not entirely satisfied please get in touch with us.