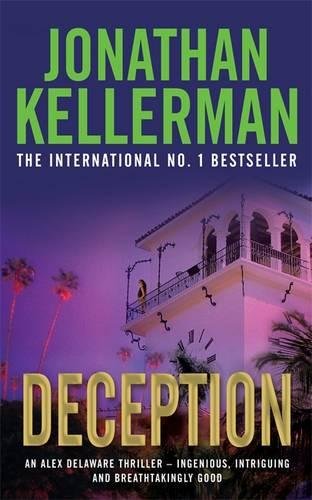 Her name is Elise Freeman, and her chilling cry for help - to whoever may be listening - comes too late to save her. On a DVD found near her lifeless body, the emotionally and physically battered woman chronicles a year-and-a-half-long ordeal of monstrous abuse at the hands of three sadistic tormentors. But even more shocking than the lurid details is the revelation that the offenders, like their victim, are teachers at one of LA's most prestigious prep schools. With Elise dead, homicide detective Milo Sturgis is assigned to probe the hallowed halls of Windsor Prep Academy. And if ever he could use Dr Alex Delaware's psychological prowess, it's now.

From the start, this case promises to be an uphill climb for truth and a down-and-dirty fight for justice. Searching for predators among the privileged, Alex and Milo may well be walking into a highly polished death trap.

Jonathan Kellerman is the No. 1 international bestselling author of more than three dozen bestselling crime novels, including the Alex Delaware series, THE BUTCHER'S THEATRE, BILLY STRAIGHT, THE CONSPIRACY CLUB, TWISTED and TRUE DETECTIVES. With his wife, bestselling novelist Faye Kellerman, he co-authored DOUBLE HOMICIDE and CAPITAL CRIMES. With his son, bestselling novelist Jesse Kellerman, he co-authored THE GOLEM OF HOLLYWOOD and THE GOLEM OF PARIS. He is also the author of two children's books and numerous non-fiction works. He has won the Goldwyn, Edgar and Anthony Awards and has been nominated for a Shamus Award. Jonathan and Faye Kellerman live in California, New Mexico and New York.

GOR002664764
Deception (Alex Delaware series, Book 25): A masterfully suspenseful psychological thriller by Jonathan Kellerman
Jonathan Kellerman
Alex Delaware
Used - Very Good
Paperback
Headline Publishing Group
2010-09-30
384
0755342755
9780755342754
N/A
Book picture is for illustrative purposes only, actual binding, cover or edition may vary.
This is a used book - there is no escaping the fact it has been read by someone else and it will show signs of wear and previous use. Overall we expect it to be in very good condition, but if you are not entirely satisfied please get in touch with us.