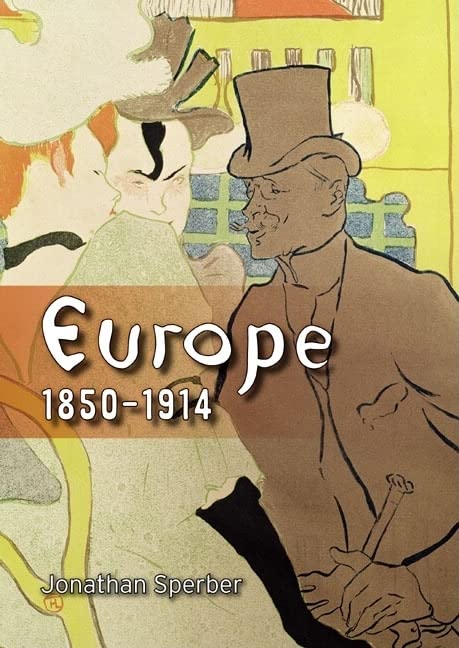 This innovative survey of European history from the middle of the nineteenth century to the outbreak of the First World War tells the story of an era of outward tranquillity that was also a period of economic growth, social transformation, political contention and scientific, and artistic innovation. During these years, the foundations of our present urban-industrial society were laid, the five Great Powers vied in peaceful and violent fashion for dominance in Europe and throughout the world, and the darker forces that were to dominate the twentieth century - violent nationalism, totalitarianism, racism, ethnic cleansing - began to make themselves felt.

Jonathan Sperber sets out developments in this period across the entire European continent, from the Atlantic to the Urals, from the Baltic to the Mediterranean. To help students of European history grasp the main dynamics of the period, he divides the book into three overlapping sections covering the periods from 1850-75, 1871-95 and 1890-1914. In each period he identifies developments and tendencies that were common in varying degrees to the whole of Europe, while also pointing the unique qualities of specific regions and individual countries. Throughout, his argument is supported by illustrative material: tables, charts, case studies and other explanatory features, and there is a detailed bibliography to help students to explore further in those areas that interest them.

Jonathan Sperber is Curators' Professor of History at the University of Missouri. His many publications include the prize-winning Popular Catholicism in Nineteenth Century Germany (1984) and The Kaiser's Voters: Electors and Elections in Imperial Germany (1997) and definitive textbooks such as The European Revolutions, 1848-1851 (2nd. ed., 2004) and Revolutionary Europe 1780-1850, the predecessor to this volume.

GOR005046024
Europe 1850-1914: Progress, Participation and Apprehension by Jonathan Sperber
Jonathan Sperber
Longman History of Modern Europe
Used - Very Good
Paperback
Taylor & Francis Ltd
2008-11-06
422
1405801344
9781405801348
N/A
Book picture is for illustrative purposes only, actual binding, cover or edition may vary.
This is a used book - there is no escaping the fact it has been read by someone else and it will show signs of wear and previous use. Overall we expect it to be in very good condition, but if you are not entirely satisfied please get in touch with us
Trustpilot