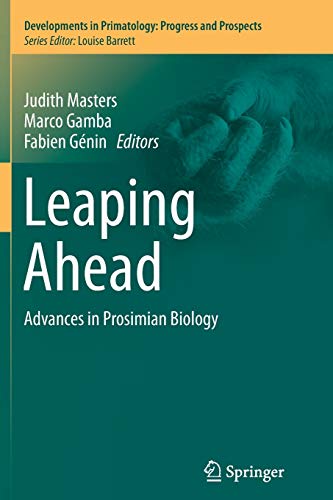 Leaping Ahead by Judith Masters

This book book covers a range of topics, from assessments of diversity and evolutionary scenarios, through ecophysiology, cognition, behavioral and sensory ecology, to the conservation and survival prospects of this extraordinary and diverse group of mammals.

Leaping Ahead: Advances in Prosimian Biology by Judith Masters