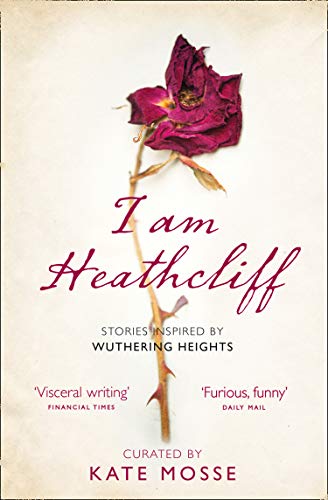 I Am Heathcliff
by Kate Mosse

In Stock
$16.99
inc. GST
16 modern fiction superstars shine a startling light on the romance and pain of the infamous literary pair Heathcliff and Cathy. Short stories to stir the heart and awaken vital conversation about love.
Very Good
Only 4 left

I Am Heathcliff Summary

I Am Heathcliff: Stories Inspired by Wuthering Heights by Kate Mosse

16 modern fiction superstars shine a startling light on the romance and pain of the infamous literary pair Heathcliff and Cathy. Short stories to stir the heart and awaken vital conversation about love.

In `Terminus' a young woman hides in an empty Brighton hotel; in `Thicker Than Blood' a man sits in a hot tub stalking his newly-married love on social media; and in `A bird half-eaten' an amateur boxer prepares for a match.

A woman recalls the `Heathcliffs I Have Known' and the physical danger she has borne at their hands; in `Anima' a child and a fox are unified in one startling moment of violence; and in `One Letter Different' two teenagers walk the moors and face up to their respective buried secrets.

Curated by Kate Mosse and commissioned for Emily Bronte's bicentenary year in 2018, these fresh, modern stories pulse with the raw beauty and pain of love and are as timely as they are illuminating.

I Am Heathcliff Reviews

`Tales of toxic relationships, a hungry, howling, anorexic ghost, drug addled lovers and blighted lives and landscapes ... But there are surprises in store, too. Crime writer Sophie Hannah delivers a high school musical murder mystery while Louisa Young's Heathcliffs I Have Known is a furious, funny, riotous rant on the role of this supposedly romantic hero' Sunday Express S Magazine

`In the wonderful, wistful One Letter Different by Joanna Cannon, two teenagers head to the moors in silent, secretive communion' Daily Mail

Kate Mosse is an international bestselling author with sales of more than five million copies in 38 languages. Her fiction includes the novels Labyrinth (2005), Sepulchre (2007), The Winter Ghosts (2009), Citadel (2012), and The Taxidermist's Daughter (2014), as well as an acclaimed collection of short stories,The Mistletoe Bride & Other Haunting Tales (2013).

Kate is the Co-Founder and Chair of the Board of the Baileys Women's Prize for Fiction (previously the Orange Prize) and in June 2013, was awarded an OBE in the Queen's Birthday Honours List for services to literature. She lives in Sussex.

GOR009966080
I Am Heathcliff: Stories Inspired by Wuthering Heights by Kate Mosse
Kate Mosse
Used - Very Good
Paperback
HarperCollins Publishers
2019-04-18
304
0008257469
9780008257460
N/A
Book picture is for illustrative purposes only, actual binding, cover or edition may vary.
This is a used book - there is no escaping the fact it has been read by someone else and it will show signs of wear and previous use. Overall we expect it to be in very good condition, but if you are not entirely satisfied please get in touch with us.