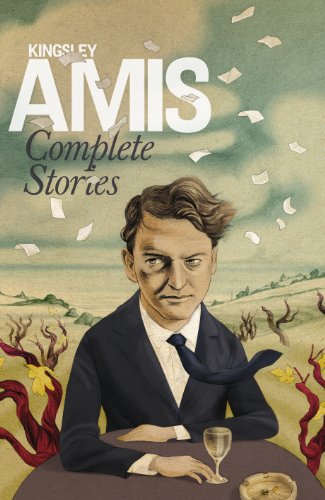 The short stories of Kingsley Amis - the great master of post-war comic prose - are dark, playful, moving, surprising and extremely funny. This definitive collection gathers all Amis's short fiction in a single volume for the first time and encompasses five decades of storytelling. In 'The 2003 Claret', written in 1958, a time machine is invented for the weighty task of sending a man to 2010 to discover what the booze will taste like. In 'Boris and the Colonel' a Cambridge spy is unearthed in the sleepy English countryside with the help of a plucky horse, while In 'Mason's Life' two men meet inside their respective dreams. The collection spans many genres, offering ingenious alternative histories, mystery and horror, satirical reflections and a devilishly funny attacks. Amis's stories reveal the scope of his imagination and the warmth beneath his acerbic humour, and they all share the unmistakable style and wit of one of Britain's best loved writers. With a new foreword by Rachel Cusk.

A key figure in postwar British culture, whose importance and influence cannot be measured ... distinctive and original -- David Lodge
'Among the English comic masters of the twentieth century' * Guardian *
A ceaselessly fresh and adorable body of work ... exasperation made poetry -- Julie Burchill
Kingsley Amis was a big, humane novelist, interested in all manner of people very unlike himself -- Philip Hensher

Kingsley Amis's (1922-95) works take a humorous yet highly critical look at British society, especially in the period following the end of World War II. Born in London, Amis explored his disillusionment in novels such as That Uncertain Feeling (1955). His other works include The Green Man (1970), Stanley and the Women (1984), and The Old Devils (1986), which won the Booker Prize. Amis also wrote poetry, criticism, and short stories. Rachel Cusk was born in 1967. She has won the Whitbread First Novel Award and the Somerset Maugham Award, and is the author of two works of non-fiction and seven novels, including In The Fold, longlisted for the 2005 Man Booker Prize, and Arlington Park, shortlisted for the Orange Broadband Prize 2007. Her non-fiction book, A Life's Work, was published to huge acclaim in 2001, and her account of a summer spent in Italy with her family, The Last Supper, was published in 2009. Her most recent novel, The Bradshaw Variations was published in 2009. In 2003 she was chosen as one of Granta's Best Young Novelists. She lives in Brighton.

GOR005893763
Complete Stories by Kingsley Amis
Kingsley Amis
Used - Very Good
Hardback
Penguin Books Ltd
2011-06-02
528
0141194197
9780141194196
N/A
Book picture is for illustrative purposes only, actual binding, cover or edition may vary.
This is a used book - there is no escaping the fact it has been read by someone else and it will show signs of wear and previous use. Overall we expect it to be in very good condition, but if you are not entirely satisfied please get in touch with us.