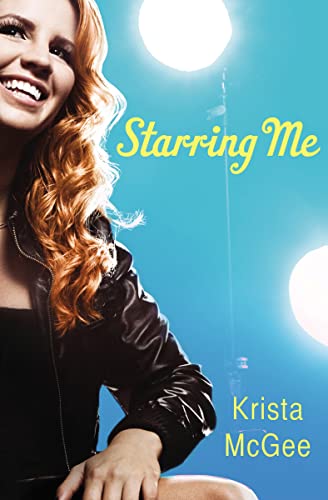 Starring Me
by Krista McGee

Used Price
$16.49
inc. GST
Free Shipping in Australia
Kara McKormick is told she's auditioning to star in a new teen variety show. It's what she isn't told that could change her life.
Reviews:
Trustpilot
Very Good

Starring Me by Krista McGee

Kara McKormick is told she's auditioning to star in a new teen variety show. It's what she isn't told that could change her life.

The feisty New Yorker moves to sunny Orlando to participate in a month-long audition, where she'll live with nine other contestants and an eccentric housemother. Kara knows that the show already has a big-time celebrity lined up for the co-host, but she doesn't know who it is.

Chad Beacon quickly rose to fame after winning America's Next Star, but he doesn't want his entire career to be about singing. There is so much more he wants to do-like act. The new variety show sounds like the perfect next step for him, but his parents want him to have a co-star who shares his faith since they'll be spending so much time together.

Acting is high on Kara's priority list. But a relationship with God? Not so much. But God is after Kara's heart and He's put people in her life who are showing her there's far more to Christianity than rules and judgment.

And just when it seems that Kara's going to have to give up her acting dream, God reveals that she may have a starring role after all-in a story so big only He could write it.

"Ripe with the glitz and glamour of celebrity, the drive of ambition, and the angst of peer pressure, Starring Me is the perfect book for teenage girls." -Nicole O'Dell, author of The Diamond Estates series

'Good things come to those who wait---and pray.' * Kirkus Review *

When Krista McGee isn't living in fictional worlds of her own creation, she lives in Tampa and spends her days as a wife, mom, teacher, and coffee snob. She is also the author of Anomaly , First Date , Starring Me , and Right Where I Belong . Twitter: @KristaMcGeeYAFacebook: krista.a.mcgee