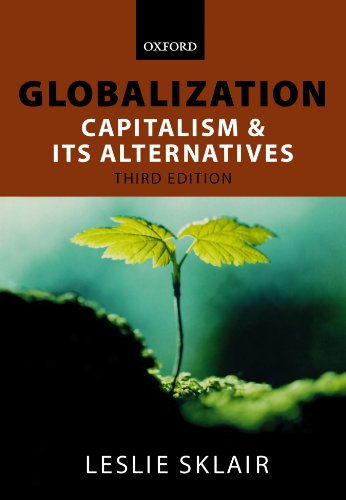 In Stock
$17.49
+10% GST
Focuses on alternatives to global capitalism, arguing that there are other alternative futures that retain and encourage the positive aspects of globalization whilst identifying what is wrong with capitalism. This book will be useful to students and academics concerned with understanding how the global system works.
Very Good
Only 3 left

Globalization: Capitalism and its Alternatives by Leslie Sklair (Reader in Sociology, London School of Economics and Political Science)

Review from previous edition 'Highly illuminating...Sklair's volume is a concise and precise treatment of a gigantic topic, the global system.' * Social Science Quarterly *
'Superbly organized...Beginning students will be able to use this book and its bibliography as a window on and guide to the emergence of global capitalism' * Contemporary Sociology *