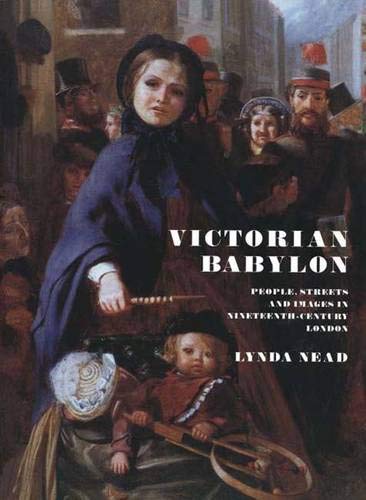 Used Price
$55.99
inc. GST
Free Shipping in Australia
A study of 19th-century London, offering an account of modernity and metropolitan life. Lynda Nead charts the relationship between London's formation into a modern organized city in the 1860s and the emergence of new types of production and consumption of visual culture.
Reviews:
Trustpilot
Very Good Good

In this fascinating and innovative look at nineteenth-century London, Lynda Nead offers a new account of modernity and metropolitan life. She charts the relationship between London's formation into a modern organized city in the 1860s and the emergence of new types of production and consumption of visual culture. She considers the role visual images played in the creation of a vibrant and diverse urban culture and how new kinds of publics were created for these representations. Shifting the focus of the history of modernity from Paris to London, Nead here argues for a different understanding of gender and public space in a society where women joined the everyday life of city streets and entered the debates concerning morality, spectacle, and adventure.

The book draws on texts and images of many kinds -- including acts of Parliament, literature, newspaper reports, private letters, maps, paintings, advertisements, posters, and banned obscene publications. Taking a highly interdisciplinary approach, Nead explores such intriguing topics as the efforts of urban improvers to move water, air, traffic, goods, and people in the Victorian metropolis; the impact of gas lighting and glass on urban leisure; and the obscenity legislation that emerged in response to new forms of visual mass culture that were perceived as dangerous and pervasive.

GOR006471347
Victorian Babylon: People, Streets and Images in Nineteenth-century London by Lynda Nead
Lynda Nead
Used - Very Good
Hardback
Yale University Press
2000-10-02
257
0300085052
9780300085051
N/A
Book picture is for illustrative purposes only, actual binding, cover or edition may vary.
This is a used book - there is no escaping the fact it has been read by someone else and it will show signs of wear and previous use. Overall we expect it to be in very good condition, but if you are not entirely satisfied please get in touch with us.