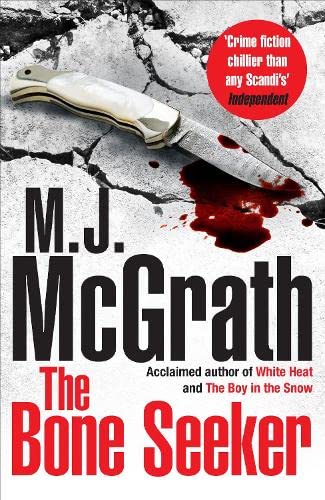 Out of Stock
$15.49
inc. GST
The stunning new Arctic-set Edie Kiglatuk mystery from the author of White Heat
Very Good
Only 0 left

Summer in the High Arctic. When young Inuit Martha Salliaq goes missing from her settlement, her teacher, ex Polar Bear Hunter Edie Kiglatuk enlists her police friend Derek Palliser to help search for the girl. But once a body is discovered floating in a polluted lake on the site of a decommissioned Radar Station, Edie's worst fears are realised.

As the investigation into Martha's murder begins, the Inuit community - and Martha's devastated family - are convinced the culprits lie within the encampment of soldiers stationed nearby. Before long Sergeant Palliser finds evidence linking two of the men with the dead girl. But Edie and local lawyer Sonia Gutierrez remain unconvinced. Why are the military quite so willing to cooperate with the investigation? What has Edie's boyfriend Chip Muloon, a simple academic researcher, got to hide? And why has the lake where Martha's body was found been suddenly cordoned off?

A gripping, atmospheric thriller set in the Arctic's long white nights, in The Bone Seeker the very personal murder of a young girl will explode a decades-long tale of the very darkest betrayal.

Wrap up warmly. Melanie McGrath's earlier Arctic-set novels were non-pareil in their freshness, and The Bone Seeker, the latest investigation for her female Inuit hunter/sleuth Edie Kiglatuk, is her best yet. There is an astonishing evocation of the frigid landscape here, along with the sharply conjured details of Inuit life. * Financial Times *
Filled with cultural tensions, gorgeous Arctic scenery and pulsing suspense. * Booklist starred review *
McGrath effectively evokes the spare Arctic landscape and brings life to the people who have inhabited it for generations. * Publishers Weekly *
The chills McGrath's third Edie entry sends down your spine will rival those brought on by any Nunavut winter. * Starred Kirkus review *

M. J. McGrath was born in Essex. As Melanie McGrath she is the author of critically acclaimed, bestselling non-fiction (Silvertown and The Long Exile) and won the John Llewelyn-Rhys/Mail on Sunday award for Best New British and Commonwealth Writer under 35, for her first book Motel Nirvana. She writes for the national press and is a regular broadcaster on radio. Melanie lives and works in London. White Heat is her first novel. http://www.melaniemcgrath.com

GOR005912218
The Bone Seeker by M. J. McGrath
M. J. McGrath
The Edie Kiglatuk Arctic Crime Series
Used - Very Good
Hardback
Pan Macmillan
2014-06-01
384
0230766889
9780230766884
Long-listed for CWA Goldsboro Gold Dagger 2015 (UK)
Book picture is for illustrative purposes only, actual binding, cover or edition may vary.
This is a used book - there is no escaping the fact it has been read by someone else and it will show signs of wear and previous use. Overall we expect it to be in very good condition, but if you are not entirely satisfied please get in touch with us.