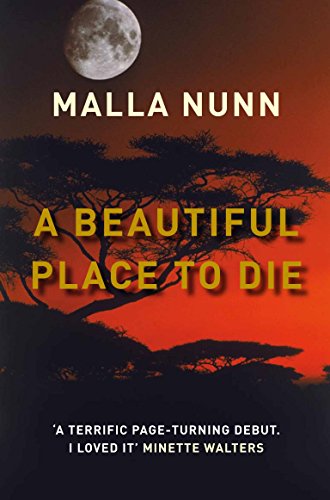 A Beautiful Place to Die
by Malla Nunn

A Beautiful Place to Die Summary

A Beautiful Place to Die by Malla Nunn

When an Afrikaans police captain is murdered in a small South African country town, Detective Emmanuel Cooper must navigate his way through the labyrinthine racial and social divisions that split the community. And as the National Party introduces the laws to support the system of apartheid, Emmanuel struggles - much like Martin Cruz Smith's Arkady Renko - to remain a good man in the face of astonishing power.

In a considered but very commercial novel, Malla Nunn combines a compelling plot with a thoughtful and complex portrayal of a fascinating period of history, illustrating the human desires that drive us all, regardless of race, colour or creed.

A Beautiful Place To Die is the first of a planned series of novels featuring Detective Emmanuel Cooper.

`A terrific page-turning debut. Clever and multi-layered in its portrayal of the people and landscape of apartheid South Africa. I loved it' Minette Walters

Malla Nunn was born in Swaziland, southern Africa, but moved to Australia in the 1970s. She studied theatre in America, where she met her husband and began writing and directing short films, three of which - Fade to White, Sweetbreeze and Servant of the Ancestors - won numerous awards and have been shown at international festivals from Zanzibar to New York City. Her first novel, A Beautiful Place to Die (2009), was published internationally and won the Sisters in Crime Davitt Award for Best Adult Crime Novel by an Australian female author. It was also shortlisted in the prestigious US Edgar Awards for Best Novel. Let the Dead Lie was highly commended in the Ellis Peters Historical Crime Awards. Malla and her husband live in Sydney with their two children.

GOR002818315
A Beautiful Place to Die by Malla Nunn
Malla Nunn
Used - Very Good
Paperback
Pan Macmillan
2009-12-01
416
0330461001
9780330461009
N/A
Book picture is for illustrative purposes only, actual binding, cover or edition may vary.
This is a used book - there is no escaping the fact it has been read by someone else and it will show signs of wear and previous use. Overall we expect it to be in very good condition, but if you are not entirely satisfied please get in touch with us.