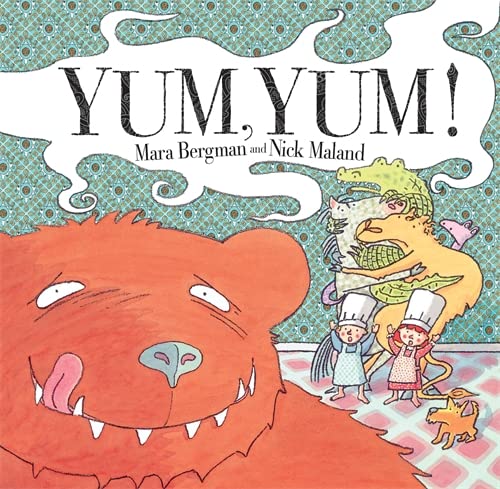 In Stock
$13.49
inc. GST
Creak, Crack, Creak Crack. Did anyone see who crept through the window, long and lean, scaly and green? Not Katie, or James or their little dog Harry.
Very Good
Only 3 left

Katie, James and their little dog Harry are in the kitchen baking, and too busy to notice a succession of animals creep in through the window, until Crash Bash, Crash Bash a Bear storms in! A fabulous rhythmic read aloud picture book from the award-winning team behind Snip Snap!

Fun! We really enjoyed reading this book as the words are so very animated and [my child] quickly learned to join in with the words.

[My child] loves the story and really enjoys joining in.

"Sweet and funny!" Rachel, Parent
"Fun, exciting and kept my childrens interest until the end of the book" Melissa, parent
"My child loved it! She smiled and was interested throughout, and interacted by making animal sounds!" Melissa, parent

GOR003360637
Yum Yum by Mara Bergman
Mara Bergman
Used - Very Good
Paperback
Hachette Children's Group
2009-12-28
32
0340930578
9780340930571
N/A
Book picture is for illustrative purposes only, actual binding, cover or edition may vary.
This is a used book - there is no escaping the fact it has been read by someone else and it will show signs of wear and previous use. Overall we expect it to be in very good condition, but if you are not entirely satisfied please get in touch with us.