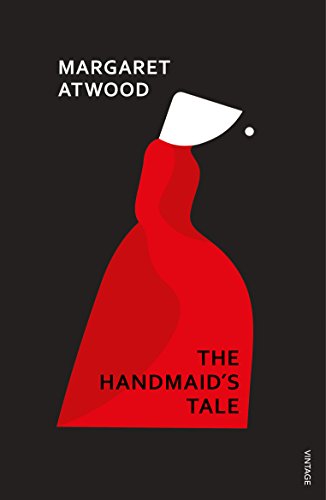 In Stock
$17.49
inc. GST
The Republic of Gilead offers Offred only one function: to breed. If she deviates, she will, like dissenters, be hanged at the wall or sent out to die slowly of radiation sickness. But even a repressive state cannot obliterate desire - neither Offred's nor that of the two men on which her future hangs.
Very Good Good Well Read
24 in stock

The Handmaid's Tale by Margaret Atwood

'A fantastic, chilling story. And so powerfully feminist' Bernadine Evaristo, author of GIRL, WOMAN, OTHER

'This novel seems ever more vital in the present day' Observer

A fantastic, chilling story. And so powerfully feminist
Compulsively readable * Daily Telegraph *
Out of a narrative shadowed by terror, gleam sharp perceptions, brilliant intense images and sardonic wit * Independent *
The Handmaid's Tale is both a superlative exercise in science fiction and a profoundly felt moral story
Moving, vivid and terrifying. I only hope it's not prophetic * The Listener *

GOR001226429
The Handmaid's Tale by Margaret Atwood
Margaret Atwood
Used - Very Good
Paperback
Vintage Publishing
1996-09-19
320
0099740915
9780099740919
Winner of Arthur C. Clarke Award 1987
Book picture is for illustrative purposes only, actual binding, cover or edition may vary.
This is a used book - there is no escaping the fact it has been read by someone else and it will show signs of wear and previous use. Overall we expect it to be in very good condition, but if you are not entirely satisfied please get in touch with us.