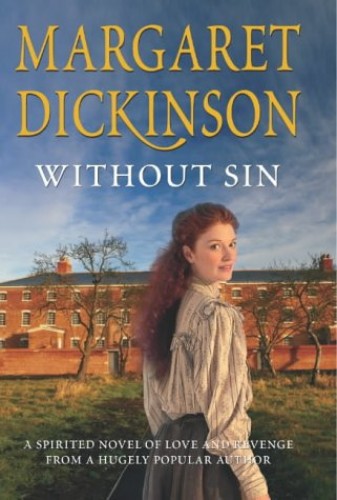 Without Sin
by Margaret Dickinson

Without Sin by Margaret Dickinson

Meg Kirkland fears her impudent tongue has caused her father's dismissal from his job and forced her whole family from their home on Middleditch Farm. Worse still, her father abandons them outside the workhouse, leaving Meg to care for her devastated mother, Sarah, and little brother as tragedy continues to haunt the family.

Isaac Pendleton, Master of the workhouse, rules the lives of all those within its walls but when Sarah becomes his latest mistress, Meg is disgusted. Her loyal friend, Jake, born and bred in the workhouse, has a maturity and understanding beyond his years. Yet it is Meg's fiery independence that encourages Jake to leave the workhouse and seek employment on Middleditch Farm. His future is assured, but who will take care of Meg? The pretty, vivacious girl, once so innocent, becomes a calculating and manipulative young woman who will stop at nothing to get her own way even if it means betraying those she has loved.

Born in Gainsborough, Lincolnshire, Margaret Dickinson moved to the coast at the age of seven, and so began her love for the sea and the Lincolnshire landscape. Her ambition to be a writer started early and she had her first novel published at the age of twenty-five. This was followed by eighteen further titles, including her most recent novel, Red Sky In The Morning. Margaret Dickinson is married with two grown-up daughters.

GOR003588560
Without Sin by Margaret Dickinson
Margaret Dickinson
Used - Very Good
Hardback
Pan Macmillan
2005-04-01
448
1405034394
9781405034395
N/A
Book picture is for illustrative purposes only, actual binding, cover or edition may vary.
The book has been read but remains in clean condition. All pages are intact and the cover is intact. Some minor wear to the spine.